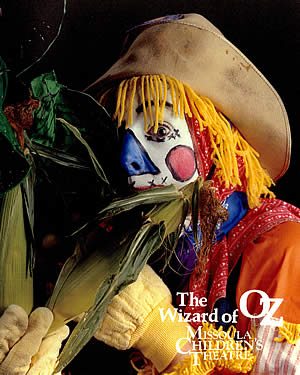 The Wizard of Oz is coming to Governors State University’s Center for Performing Arts. (PHOTO SUPPLIED)

University Park, IL-(ENEWSPF)- Children interested in performing in “The Wizard of Oz” at Governors State University’s Center for Performing Arts can audition on Monday, February 7. Approximately 60 children’s roles are available for local children. Students in kindergarten through eighth grade are encouraged to audition.

The Missoula Children’s Theatre production of classic children’s tale will take place on Friday, February 11, at 7 p.m., at The Center for Performing Arts.

Auditions on February 7 will begin at 4 p.m. Children planning to audition should arrive by 4 p.m. and expect to stay for the full two-hour audition session. No advance preparation is necessary – students should simply be ready to have a good time. There is no guarantee that everyone who auditions will be cast in the play.

Immediately following the auditions, students will receive their role assignments and rehearsal dates and times. The first rehearsal begins approximately one half hour after the conclusion of auditions. Children in the cast must be available for all scheduled performances.

“We’re very excited to offer this production of The Wizard of Oz,” said Burt Dikelsky, Director of The Center for Performing Arts. “The Missoula Children’s Theatre is one of the nation’s premier companies for producing high quality children’s shows. They do marvelous work with the students, and the results are first rate.”

During rehearsals, Missoula Children’s Theatre actor/directors will coach students on finer points of acting, singing, and dancing. The Missoula Children’s Theatre, based in Montana, is the nation’s largest touring children’s theatre companies. Each year, tour teams from the Children’s Theatre visit nearly 1,300 communities, casting more than 65,000 students for performances. Tour teams arrive in town at the beginning of the week with a set, lights, costumes, props, and make-up. Following auditions, tour teams can put on professional-quality stage productions, with local talent, in less than one week.