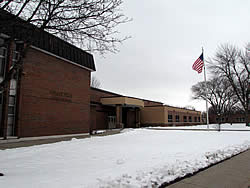 Several of these students began playing chess with the Beacon Hill Primary Center Chess Club when they were primary students.