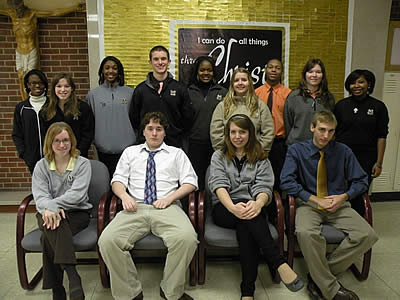 Semifinalists numbering 16,000 nationally now have the opportunity to continue in the competition for approximately 8,200 Merit Scholarship awards, worth $33 million, that will be offered next spring. To become a Finalist, students must have an academic record of very high performance, be endorsed and recommended by the school principal, and earn SAT scores that confirm the students earlier qualifying test performance.

More than 140,000 Black American students took the 2008 Preliminary SAT/National Merit Scholarship Qualifying Test (PSAT/NMSQT) to enter the program. The 3,000 referred students are in the top five percent of students testing. The students will be referred to more than 1,500 colleges and universities.

Sarah Smith (Crete) earned recognition as a National Hispanic Scholar, as her GPA of 3.5 or higher distinguished her in a group of nearly 5,000 recognized from a national pool of more than 200,000 students.