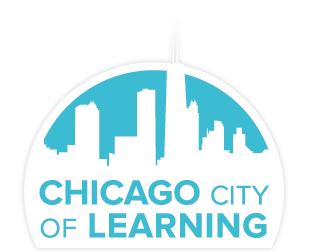 Geek Squad Academy, sponsored by Best Buy, is a hands-on learning program designed to give youth and teens access to tech skills that will inspire future education and career choices. To accomplish this, Geek Squad Academy partners with local organizations throughout the U.S. and Canada to expose students ages 10-18 to the latest technology in a fun, interactive setting.

Hosted by Digital Youth Network (DYN) at DePaul University’s Loop Campus on August 23 and 24, Geek Squad Academy came to Chicago thanks to a partnership forged in the summer of 2014 when Best Buy became Chicago City of Learning’s (CCOL) first corporate sponsor.

“Best Buy is more than an investor. We share the purpose of preparing all of our young people for college and future careers,” said Dr. Nichole Pinkard, Co-founder of DYN, which leads CCOL, and Associate Professor of Computing and Digital Media at DePaul. “When we can offer extraordinary experiences like this one at no cost to families, we are closing the opportunity gaps in our city, inch by inch.”

Attendees applied technical skills to tangible projects that involved design and collaboration. They learned to compose and produce their own music and create films digitally. The students produced designs of both homes and robots – and they launched digital citizenship campaigns. Upon completion of the course, they were dubbed Junior Agents and, as with any CCOL program, they earned digital badges that show evidence of what was learned and accomplished.

Youth who missed out on this opportunity can still get a taste of Geek Squad Academy, along with a variety of other programs hosted citywide and online by 20 CCOL partner organizations, at the Back to School Jam on September 10th. To be held at Jones College Prep, 700 South State Street, from Noon to 4pm, this free festival of making and doing will offer hands-on activities for all ages to meet every interest. To RSVP and be entered into to the pre-registration raffle, visit CCOL.io/BTSJ.

Another joint effort led by Chicago City of Learning and Best Buy, for the past two summers mobile labs have been visiting parks and other locations around the city, particularly focusing on places where computer access and coding, design and making programs are in short supply. Equipped with 30 computers, trained mentors and wireless connectivity, they are allowing young people to explore a range of interests, including coding, fashion, photography, game design, video production, and much more.

CCOL is a citywide, year-round program that turns Chicago into a city-wide campus by bringing together the city’s endless opportunities to learn new skills, discover passions and build pathways to further education and careers. Digital badges offered through CCOL recognize learning across programs in the initiative – whether at a park, museum, library or online course – giving learners a digital portfolio that communicates the skills they have developed.

Best Buy is dedicated to helping teens develop the technology skills that will inspire future education and career choices. As just two examples of that commitment, Best Buy operates eight Teen Tech Centers around the country, including one at Little Black Pearl on Chicago’s south side, and hosts Geek Squad Academy workshops countrywide.

CCOL is led by the City of Chicago and Digital Youth Network at DePaul University, and it is supported by the John D. and Catherine T. MacArthur Foundation and Best Buy.

More information on the Chicago City of Learning or the upcoming Back to School Jam can be found at ChicagoCityofLearning.org.