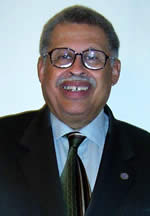 Newcomers Anthony A. Iosco and Robert T. Marshall Jr. begin new terms, while veteran trustees Marc J. Strauss and Cherilyn G. Murer were reappointed to the board. The appointments to six-year terms are effective immediately and will require Illinois Senate confirmation. Other members of the board are Robert Boey, John Butler, Manny Sanchez and Student Trustee Robert Sorsby.

Both NIU alumni, Iosco and Marshall bring a history of active involvement with their alma mater.

Iosco, a member of the NIU College of Law’s first graduating class (1978), currently serves as a judge in the Circuit Court of Cook County. Prior to his election to the bench in 2000, Iosco spent nearly 20 years in private practice and served as an assistant attorney general for nearly four years. He also has been an adjunct faculty member at the John Marshall Law School, and has taught classes for the NIU MBA program and in the NIU College of Engineering and Engineering Technology.

He is an active member of the NIU community, currently serving as president of the NIU Alumni Association and as a member of the NIU College of Law Alumni Council and Board of Visitors. During the past year alone, he has represented the university at events in New York; Detroit; Boise, Idaho; and Phoenix.

“Northern Illinois University enjoys an excellent reputation in the Midwest and I am extremely interested in furthering the NIU brand throughout the United States,” said Iosco, who lives in Elk Grove Village with his wife, Debra, who is a special education teacher.

Marshall earned both a bachelor’s degree in physical education and master’s degree in education, guidance and counseling from NIU. He also holds a certificate of advanced study from Loyola University. 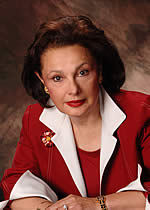 Now retired, Marshall started his career as a Chicago Public Schools teacher before moving into higher education at South Suburban College in South Holland, where he worked for three decades. First hired as a college counselor, he moved into various high-level administrative posts, including interim college president, vice president for student services and dean of students.

A member of the NIU Alumni Association, Marshall has lent his time and expertise to his alma mater, serving as a member of the Strategic Plan Task Force, the February 14th Memorial Committee, the Presidential Teaching Professorship Awards Committee and the Vision 2020 Student Experience Work Group.

“I owe Northern Illinois University for many of the foundation blocks that led me to a successful career in higher education. I hope that part of that debt can be repaid through my service as a university trustee,” said Marshall, who lives with his wife, Sharon, in Park Forest.

University leaders welcomed the news of the two new appointees.

“I am familiar with the work that both of these gentlemen have done on behalf of the Alumni Association, and I look forward to the contributions they will make to the important programs that we are pursuing for the university,” said Strauss, chair of the NIU Board of Trustees.

NIU President John Peters said he is pleased at the addition of two more NIU alumni to the board.

“Since our board was established in 1996, the quality of our trustees has been one of our strengths, and these new appointments continue that tradition,” Peters said. “As alumni, they understand the nature of what makes NIU a great institution. Each brings experience and expertise that will be invaluable in helping the university meet the challenges ahead.”

The new board members fill positions left vacant by Barbara Giorgi-Vella of Rockford and Myron E. Siegel of Bannockburn, both of whom stepped down after many years of service. Giorgi-Vella served on NIU’s governing board since 1999, and Siegel was among NIU’s longest-serving trustees, having been among the first group appointed to the newly formed board in 1996.

Strauss and Murer now enter their second terms on the Board of Trustees, having first been appointed in 2005.

He was formerly a managing partner and attorney in law firms in Sycamore and Chicago. Strauss attended Northwestern University, where he earned a bachelor’s degree, a master’s in management and a law degree. He has been active on numerous boards, commissions and task force groups in and around DeKalb, where he resides, and previously served as assistant city attorney for the City of Sycamore.

Strauss was elected chair of the board in 2009.

Murer is president and CEO of the Murer Group, a legal-based health care consulting group headquartered in Joliet.

A former director of rehabilitation medicine at Northwestern Memorial Hospital in Chicago, Murer and her colleagues now represent hospitals and health systems throughout the United States, providing strategic planning services and assistance in complying with complex state and federal regulations.

A resident of Homer Glen, Murer is an alumna of the NIU College of Law, serves on its Board of Visitors and in 2003 received the College’s Distinguished Alumnus award. She also is a member of the NIU Foundation Board of Directors, and chairs that group’s development committee.

Murer served a two-year term as chair of the board starting in 2007.