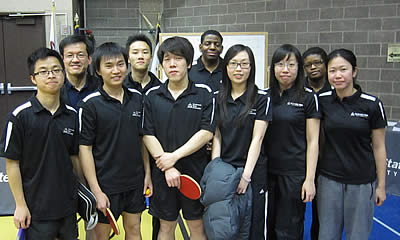 Placement in the regional tournament determines which teams advance to the NCTTA National competition Plano, Texas, on April 13 through 15