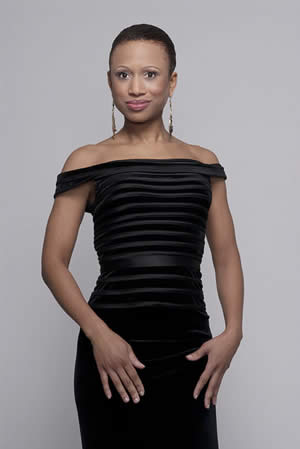 Soprano Kimberly Jones and tenor Cornelius Johnson will perform music from “Porgy and Bess,” Gershwin’s “Tremonisha,” “Ragtime,” and “Showboat,” as well as spirituals and other songs drawn from the rich heritage of the African American experience. The musical revue is part of GSU Center’s “Opera Up Close” series, featuring Sunday matinees with world-class singers performing opera classics in an intimate, on-stage setting complete with cabaret-style audience seating and a European café menu of coffee and desserts.

Jones is an alumna of the Ryan Opera Center with the Lyric Opera of Chicago. Her performances with the prestigious Lyric Opera of Chicago include Margru in the world premiere of Anthony Davis’s “Amistad,” Olga in “Fedora,” Princess Xenia in “Boris Godunov,” Pedro in “Don Quichotte,” and Despina in student matinee performances of “Cosi Fan Tutte.” With the Ryan Opera Center, Jones portrayed Laetitia in “The Old Maid and the Thief.” Additionally, she impressed audiences at Grant Park in “Don Giovanni” and “Die Fledermaus.” Jones is on the voice faculty at Merit School of Music and Sherwood Conservatory of Music with Columbia College Chicago, as well as DePaul University. 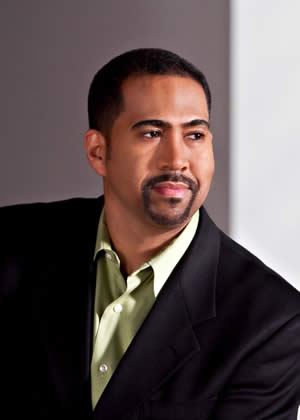 Johnson has recently performed an evening of Mozart arias and ensembles with the New Millennium Chamber Ensemble, Beethoven’s “Christ on the Mount of Olives” at Abyssinian Church in New York, Puccini arias at Northern Illinois University, and Mozart’s “Requiem” with the Elmhurst Choral Union. He has performed as Rodolfo in “La Boheme” at the Elgin Opera, in “Man of La Mancha” at Chamber Opera Chicago, in Bizet’s “Djamileh” at the Chicago Cultural Center and as Don Jose in “Carmen” at the Ravinia Festival. A native of Chicago, Johnson received his Master of Music Degree from Northwestern University and his Bachelor of Arts Degree from Morehouse College.

Both Jones and Johnson appeared in Houston Grand Opera’s international production of “Porgy and Bess,” which graced the stages of the Opera Bastille in Paris, La Scala in Milan, and the Bunkamura Theater, with the Tokyo Philharmonic.

On Thursday, February 16, Governors State University’s Distinguished Lecture Series will host a presentation on African Americans and Classical Vocal Music by Dr. Sonya Baker of the Music Faculty at Murray State University. The presentation, free and open to the public, takes place at 12:30 p.m., in Engbretson Hall, on the GSU campus.

Single tickets for “Lift Every Voice” are $37. To purchase tickets or for information, visit www.centertickets.net or call GSU Center Box Office at (708) 235-2222. For group ticket (parties of 20 or more) information, call (800) 386-6321. GSU Center is located at 1 University Parkway (Governors Highway and University Parkway), 45 minutes south of the Chicago Loop, off I-57 at Sauk Trail. Parking is free. Buy one, get one free single tickets are available at the box office two hours prior to the curtain for each show for one hour only, based up.