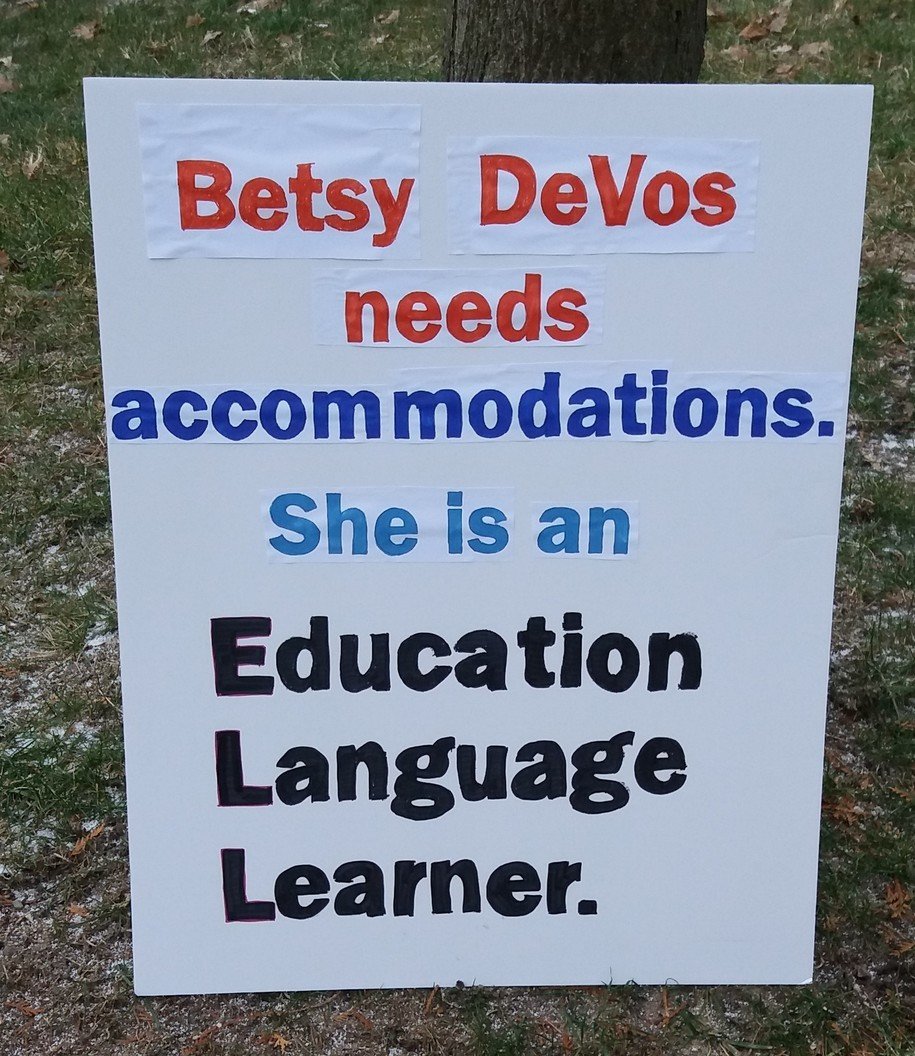 A little over a week ago, one lone person in Holland, Michigan was fed up enough about the Betsy DeVos nomination for Secretary of Education that she decided to organize a protest.  She put together a private Facebook page for a march through downtown.  She never figured that the march would galvanize so many locals who have seen first hand the education policy that she is putting forth and how it would actually make the education system crumble

Because this was a quickly organized protest, of course there was no way to get a permit and all the people needed to stay on the sidewalk.  From 11:00 to 1:00 today over 1500 protesters from the area came to express our displeasure.  Except for the bitter cold, a good time was had by all.  I ran into many colleagues, friends, and classmates who all came out happy and focused to sabotage this nomination.

There was a little media by the local Fox affiliate and the Holland Sentinel.  More media may publish later as there was the local PBS affiliate and at least one other TV station with cameras.  We were disappointed at the lack of response since there was time to deploy reporters from the other stations.

Remember this is Focus on the Family and Conservative Christian territory here.

One marcher came across a DeVos supporter.  When asked “why do you support her?  Give us reasons why.” The supporter walked away and did not share.

There were great signs at the march.  Here are some samples. 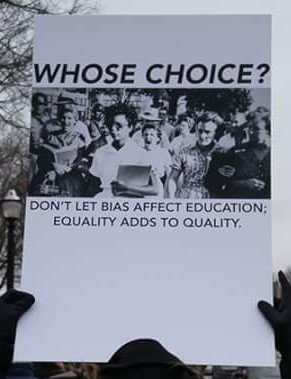 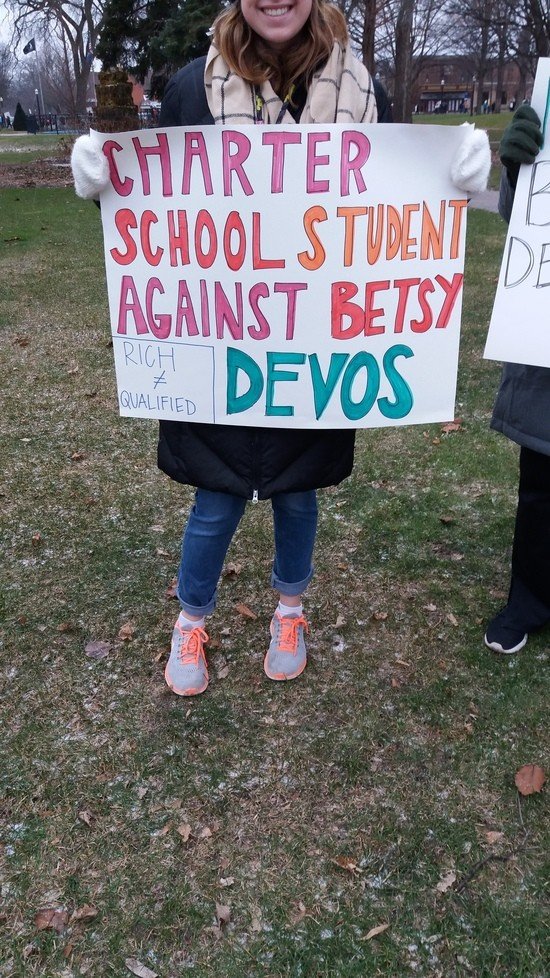 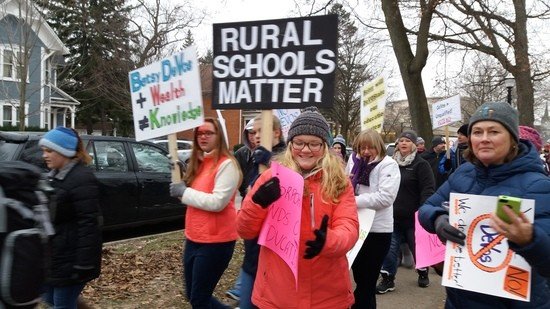 As Opposition to Betsy DeVos Swells, Hope for Her Rejection Builds