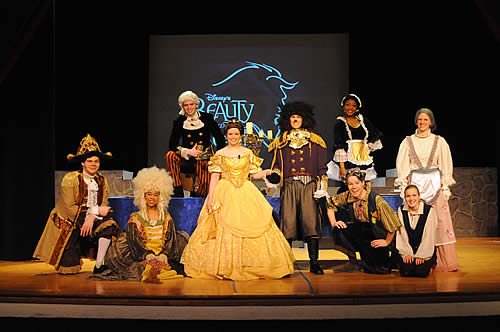 Park Forest actor Kyle Fitzgerald has the lead as The Beast

Chicago Heights, IL-(ENEWSPF)- The Marian Catholic Theatre Department is preparing for their upcoming performance of “Beauty and the Beast.” The musical is scheduled for Friday, April 19, at 7:30 p.m.; Saturday, April 20, at 7:30 p.m.; and Sunday, April 21, at 2 p.m.; in the Monsignor Croarkin Auditorium.

Based on the Academy/Award-winning animated feature, the stage version includes songs written by Alan Menken and the late Howard Ashman, along with new songs by Menken and Tim Rice. This "tale as old as time" is a wonderful story to enjoy with the entire family.