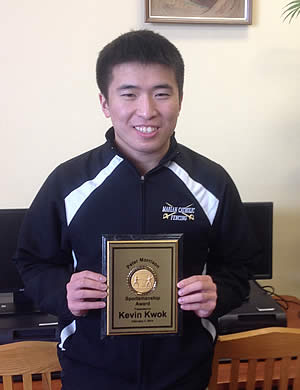 Coaches from the 12 conference schools each nominate one senior boy and one senior girl.

The sportsmanship award is named after veteran Gordon Tech fencing coach Peter Morrison, one of the founding coaches in the conference back in the early 1970’s.