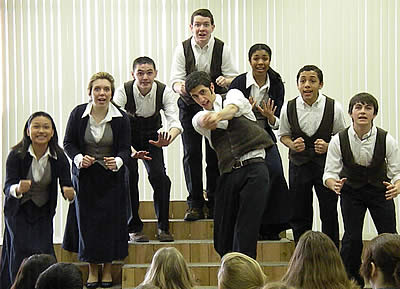 “Protestants Cry, Too” by Robert Cormier, is a lively and moving story about a 1940’s era Catholic family in which the  oldest son, Michael, falls in love with Jessica, a Protestant. Imbued with religious stereotypes, “Protestants Cry, Too” also portrays a family’s change of heart once their stern and ultra-religious father softens his view.

“With a multi-cultural cast, the students embraced the story to perfection,” he stated.