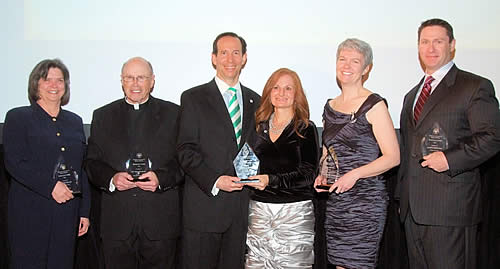 Olympia Fields, IL-(ENEWSPF)-The Normandy Room of Olympia Fields Country Club was the site for the 18th Annual Marian Catholic High School Hall of Fame dinner and awards ceremony on February 16. Dominican Sisters, along with scores of Marian alumni and friends, faculty and staff gathered to pay tribute to the 2012 Hall of Fame awardees.

Extended biographical information and awardee video presentations can be found on the Marian Catholic website, www.marianchs.com along with a link to view the awards ceremony in its entirety from High School Cube.