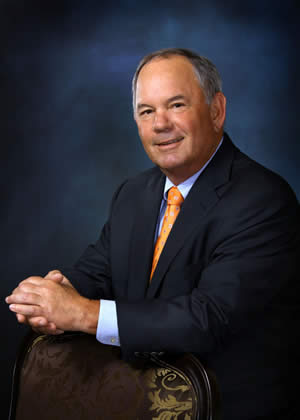 University Park, IL-(ENEWSPF)- Patrick J. Ormsby, a longtime business and community leader in the Chicago Southland, has been appointed to the Governors State University Board of Trustees. Illinois Governor Pat Quinn named Ormsby, of Olympia Fields, to the Board on August 20; his term expires in 2017.

The Board of Trustees is responsible for the governance of GSU, with statutory powers and duties to operate, manage, control, and maintain the university. Ormsby’s appointment must be confirmed by the Illinois Senate and, until then, is considered temporary. However, Ormsby has all the rights and privileges of a university trustee during the interim period.

”We’re quite pleased,” said Board of Trustees Chair Jack Beaupre. “This is someone with a long record of involvement with Governors State, and strong support for its programs, and we are really pleased to have him on the board. We know he is familiar with the university’s mission and goals, and will keep Governors State headed in the right direction.”

“Pat Ormsby has been a part of the GSU family for many years, both as a member and president of the Foundation Board and as an ardent supporter of GSU,” Dr. Maimon said. “His deep community roots mean that he understands the unique role that GSU plays in the region. Pat’s commitment to excellence in education and his awareness of the issues facing higher education today make him an excellent choice. We thank Governor Quinn for appointing a superior person to our Board of Trustees.”

Ormsby is president of Bimba Manufacturing Company, with corporate headquarters in Monee and facilities in Rockford, Chicago and Plymouth, Minnesota. Bimba manufactures a variety of pneumatic and electro-pneumatic actuators for both the user and OEM markets. Bimba is an employee-owned company with approximately 450 employees. Ormsby started at Bimba in 1980 after a career in both public and private accounting. He earned a B.S. degree in accounting from Regis University in Denver and is a Certified Public Accountant.

Ormsby was raised in Homewood and is a lifelong resident of the Chicago Southland.