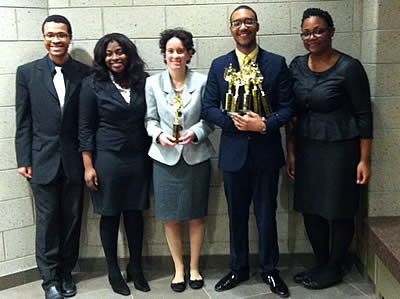 “Nick’s results in this competition are historic for PSC,” said team coach David Naze. “Illinois is one of the best states in the country in forensics competition and he is the first PSC team member to win individual sweepstakes and to break into a final round in four different events,” he added.

“The key to success at this tournament was to have fun above all else," Williams said.