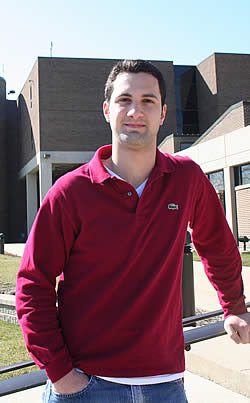 He’s off to a good start.

Baratta has an internship with State Rep. David Miller’s (D-29th District), who is running for state comptroller.

“This internship is just another way for me to learn,” said Baratta, of Homewood. “I’m excited about the opportunity to work on a campaign.”

Baratta already has some experience with politics. He was president of the college’s Political Science Club and participated in Model Illinois Government, a statewide simulation of the general assembly. He was also a member of Phi Theta Kappa, the honor society for community colleges.

“Michael possesses all the characteristics of an outstanding person,” said Andrew Schott, associate professor of political science at PSC. “He is intellectually curious, hard working, focused, and humble. I am very proud of Michael and am confident that he will continue to be successful.”