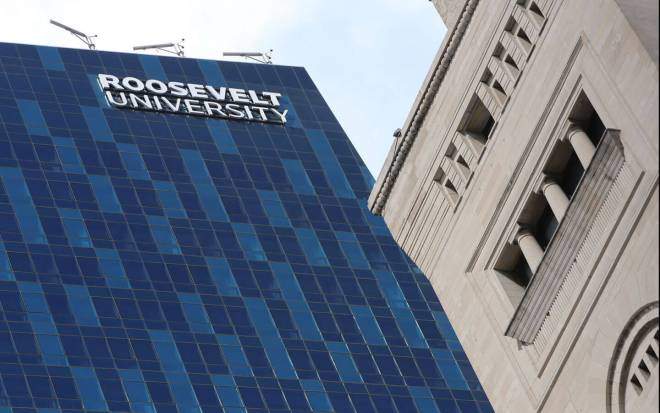 CHICAGO–(ENEWSPF)–March 31, 2017. The proliferation of charter schools, particularly in areas of declining enrollment and in proximity to schools that have closed, is adding financial stress to Chicago’s financially strapped public school system, a new report co-authored by a Roosevelt University professor shows.

A research team led by Farmer found that the majority of charter schools opened during that period were largely in areas where the population of school-aged children was in decline and were located in close vicinity to shuttered schools.

“We were surprised to discover how much CPS has saturated charter schools in neighborhoods with declining school-age populations. We believe this decision is a strong contributing factor to the current strain on CPS’ finances,” said Farmer, who co-authored the report with sociology PhD candidates Ashley Baber from Loyola University and Chris Poulos from the University of Illinois at Chicago on behalf of the Project for Middle Class Renewal.

“The proliferation of charter schools in Chicago has forced CPS to stretch its resources across a surplus of schools in low-demand markets,” Farmer said. “CPS now has substantial off-the-books debt due to the public’s responsibility to finance all of these additional privatized charter schools.”

“The lack of rational planning and the haphazard manner in which charter school proliferation and saturation in depopulating Chicago neighborhoods has taken place undoubtedly has contributed to Chicago Public Schools’ fiscal problems,” said Farmer.

The report recommends more accountability and oversight mechanisms over Chicago’s charter school system. Among recommendations, city and state governments should: