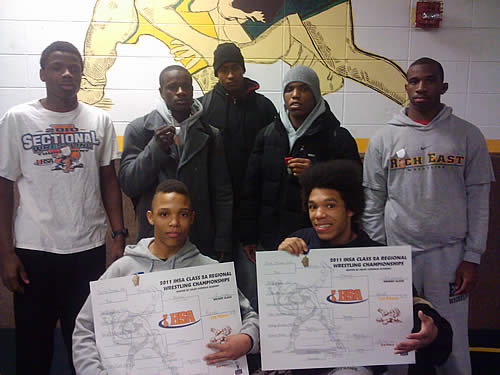 The Rockets placed second as a team at the Joliet Catholic Academy Regional Tournament last weekend with 142.5 points, behind Lincoln-Way West’s 236.