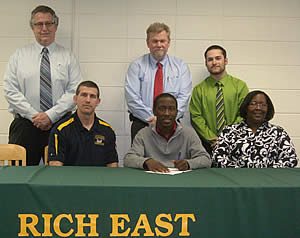 A stellar wrestler at REHS, the 135-pound Pittman had a career record of 100-23 during his four-year career and a Rocket grappler.