Sitting Down with Friends of ALNAC 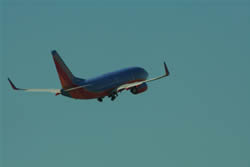 Park Forest, IL–(ENEWSPF)– Editor's Note:  eNews Park Forest recently interviewed Mr. Algernon Penn, Chairman of Friends of ALNAC, an organization committed to supporting the efforts of the Abraham Lincoln National Airport Commission (ALNAC).  It is our intention to give equal space to others involved in the possible construction of a third airport, and those who might object.  The interview follows.

ENEWSPF:  How would you describe the progress with ALNAC so far?

Mr. Penn:  Slow and arduous.  This fight has gone on since 2002, four years.  We’ve made some progress from the standpoint that we do have two developers who have signed a contract, who have committed 300 million dollars, to build a one runway, five-gate starter airport.

We made some progress from the standpoint that we had 32 communities on our commission but due to Attorney General Lisa Madigan’s decision regarding the mixture of home rule and non-home rule communities, we’ve reduced that to about 17 communities.  We’ve made some significant progress in that we’ve kept this issue on the front burner.  However, politics has really stalled the issue, and we don’t think it’s due to ALNAC’s position.

We feel and we believe that the integrity of the airport project that have been put in place.  One is funding – the funding mechanism to build it.  Number two, an actual commission to oversea the construction and operation of the airport.  And, thirdly, an actual plan that has been submitted to the state.  So, we have money, we have a commission, we have a plan.  The only that we don’t have right now is obviously the state’s portion which is a land agreement to lease the land from them, to be able to build that airport.

ENEWSPF:  Is there any recent indication that the governor will be more forthcoming in turning over land?

Mr. Penn:  I certainly hope so.  I think politics is a very strange thing in Illinois.  It’s not a partisan fight.  It is basically an in-fight between Democrats, in some cases Will County Democrats versus south suburban Democrats.  And, in some cases, those south suburban Democrats are actually being ganged-up on by Democrats from the city of Chicago.  So, it’s a very strange type of mixture, to say the least.  I would certainly hope that the politics would stand aside and the governor would do what’s best for the region.

Unfortunately, political difference have stalled that, from Senator Halvorson’s position which, frankly, I don’t understand because most of her constituents are from the southern suburbs.  But she takes the position of the small few in Will County, and around the footprint of the airport.

I just hope that politics can move aside and what’s good for this region can be done.

ENEWSPF:  Who are the two developers?

Mr. Penn:  SNC-Lavalin out of New York, and LCOR Inc. is a Canadian firm, but they have a United States location also.

These developers do nothing but build airports around the world.  They have built an actual Greenfield airport in a metropolis that already had two commercial airports.  That was in France, right outside of Paris.  They had to go through all the steps there that they’re going through here in terms of dealing with environmental issues outside the metropolis, dealing with building a third airport in an area where you already have two in a major metropolitan area.  So they’ve dealt with that.

This is a privately funded project, not a publicly funded project.  The funding mechanism is coming from other sources.  And the difficulty, is sooner or later, and I hope it’s later than sooner, the investors are going to have to look at what kind of dollar return on their earmarked money they’re getting.  When they signed this agreement a few years ago, certainly they thought they would be in the process of opening the airport probably next year, or the year after.

That’s certainly not going to be the case.

He comments that, “Senator Halvorson, and Senator Emil Jones, Governor Blagojevich, and others are basically standing in the way of this project.”

ENEWSPF:  I don’t get the impression that Senator Halvorson is against the airport.  What is your take on that?

Mr. Penn:  She says she’s not against the airport.  But show me where her position clearly shows that she’s for it.  Legislation in the state house regarding a development district was clearly earmarked to kill the actual project.  And what happened was, the Eastern Will County Mayors Association had really pulled together to create some legislation to deal with growth within the footprint of the airport.  Her legislation was basically looking at putting fees and taxes on entities that operated within the terminal of the airport.  Anything inside the terminal, you’re looking at small margins, small yields, for the first few years of the actual project.  Why would you put legislation there that would directly deal with that?

And because of that, we felt that it was designed to stall and kill the actual issue.  Luckily, we had friends in the legislature who took a very clear position, one of them who was Michael Madigan, who I don’t think wanted to be the person responsible for actually putting some legislation on the house floor that potentially would have killed a 300 million dollar project in Illinois.

ENEWSPF:  Do you see any chance of the two camps or points of view coming together to a common table?

Will County’s plan has never been submitted to the state.  The state would not approve their plan, so it’s an issue that the ALNAC plan is the preferred plan of the state of Illinois right now.

ENEWSPF:  Some people from STAND have said that the state does not clear control of the complete footprint.  Is that still true?

Mr. Penn:  That’s true.  The Illinois Department of Transportation at this point have about slightly more than half of the parcels of land purchased.

ENEWSPF:  For the initial runway?

Mr. Penn:  For the entire footprint of the airport.  They had committed themselves to buy up all the land by the end of 2006.  That’s certainly not going to happen.  But the state is moving forward now to purchase a lot more land.

I understand the predicament of landowners in the footprint of the airport.  They’ve been there for generations, they’ve been there for a long time.  My position is to compensate them more than fairly.  I’m not saying fairly.  I’m saying compensate them more than fairly for the troubles that they’re going to have to endure in terms of moving off the land.  I think that’s only fair.

However, I think that certain politicians have stood behind the STAND group as a way of [engaging in] obstructionist politics to keep things from moving.

What makes this region so much different from any of those regions that I just talked about?  In my opinion, nothing.  These are people who are hard working, they’re looking to raise their families, they’re looking for the same shot in life that everybody else has had.

I would say, this will be a regional airport that everyone will be proud of.