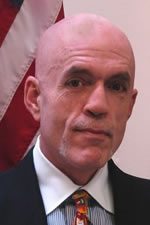 Review the evidence and exhibits for yourself

As I am sure you know, the House of Representatives voted 114-1 to impeach Rod Blagojevich, the Governor of Illinois. This is not a matter that any Member of the House took lightly. Impeachment of a sitting Governor is the most serious and solemn power that the legislature is afforded by the Constitution, and has never occurred in the history of our State until now.

I cast one of the votes to impeach. I want to be sure you know why I voted ‘yes,’ and to give you all the facts and evidence that the House gathered over the last month, so that you can form your own opinion and conclusions.

To gather all the facts and evidence, the House created a Special Investigative Committee. This Committee gathered evidence, took testimony and heard witnesses on a variety of topics, including items in the Criminal Complaint by the United States Attorney which lead to the Governor’s arrest, heretofore secret reports of the Office of Inspector General on veterans hiring practices, publicly available reports of the Auditor General, witnesses and other pertinent documentation. All witnesses and evidence were available for examination both by the Committee lawyers and by lawyers for the Governor.

Among all the facts put into evidence by the Special Investigative Committee, these are the issues most important to my decision to vote to impeach the Governor:

There are many other causes for a vote to impeach, which taken together showed to me an ongoing, systematic and purposeful disregard for the laws of Illinois, the Constitution and blatant violation of the Governor’s Oath of Office to protect and defend the Constitution and rule of law.

I do not believe impeachment would have moved forward only based on one of these items or even proof that one or two had occurred. However, a clear pattern of behavior, repeated in a variety of circumstances and arenas, over and over through time, made it clear that these were not isolated incidents, but rather systematic and premeditated efforts to circumvent the law, and were damaging the State of Illinois and its citizens. Thus, I cast my vote to impeach and bring this illegal and damaging activity to an end as quickly as possible.

Here are all the pertinent documents, exhibits, Impeachment Resolution and Articles of Impeachment which you can review for yourself:

The next step is an Impeachment Trial by the Senate, which will be conducted by the full Senate under the direction of the Chief Justice of the Illinois Supreme Court. Again, since this has never occurred in the history of Illinois, the Senate Committee on Impeachment Trial Procedures is researching precedent in other states and the U.S. Congress and will develop fair and appropriate procedures by which the Trial will be conducted. It is expected that the Trial will begin in the coming days.

The outcome will require a 2/3 vote of the Senate and could result in the removal of the Governor from office and disqualification to hold public office in the future.

Given the condition of the economy, the financial condition of the State, I hope the issue of impeachment can be resolved soon, so that 100% of our attention can be focused on the deficit, healthcare, education, job creation and the other critical issues facing us.