Anti-Defamation League Praises FBI and U.S. Attorney’s Office for Arrest of St. Louis Man in Threat to Its New York Office and Several Other Jewish Institutions 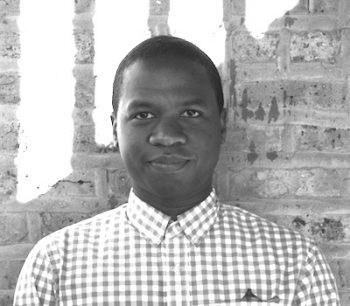 New York, NY—(ENEWPF)–March 3, 2017 … The Anti-Defamation League (ADL) welcomed the arrest of a St. Louis man in connection with a bomb threat against its headquarters in New York and threats against at least eight other Jewish institutions across the United States.

According to a complaint unsealed this morning in Manhattan federal court, Juan Thompson, 31, of St. Louis, Missouri, is alleged to have made at least eight of the threats against JCCs in January and February as part of a sustained campaign to harass and intimidate a former girlfriend.  Thompson has been charged with one count of cyberstalking, and other charges may be pending.

“We are relieved and gratified that the FBI has made an arrest in these cases. We applaud law enforcement’s unwavering effort to resolve this matter” said Jonathan A. Greenblatt, ADL CEO. “We look forward to the quick resolution of the remaining open cases.”

The arrested individual was on the radar of ADL’s Center on Extremism, which had followed his past activities, including his deceptive and at times false reports for a news website about Dylann Roof, the perpetrator of the church shooting in Charleston, SC. Most recently, Thompson allegedly announced in November 2016 that he was running for mayor of St. Louis, to “fight back against Trumpian fascism and socio-economic terrorism.”  According to ADL research, Thompson also claimed that he wanted to dismantle the system of “racial supremacy and greedy capitalism that is stacked against us.” He created a Gofundme page to raise $5,000 for his ostensible election bid.  He got $25.  He has tweeted various rants against white people, calling them “trash” and saying they “have no shame.”

On February 21, Thompson allegedly e-mailed ADL’s midtown Manhattan office, indicating that his former girlfriend was “behind the bomb threats against Jews.  She lives in NYC and is making more bomb threats tomorrow.”  The following day ADL received a phone call claiming that explosive material had been placed in the building.

ADL, which works closely with law enforcement and has been in regular contact with local, state and federal officials nationwide, and has expressed its appreciation to Preet Bharara, U.S. Attorney General for the Southern District of New York, and William F. Sweeney Jr. the Assistant Director in Charge of the New York field office of the FBI, for their work in bringing this individual to justice.

The Anti-Defamation League, founded in 1913, is the world’s leading organization fighting anti-Semitism through programs and services that counteract hatred, prejudice and bigotry.