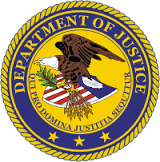 Washington, DC–(ENEWSPF)–January 13, 2017. The Justice Department announced today that it has found reasonable cause to believe that the Chicago Police Department (CPD) engages in a pattern or practice of using force, including deadly force, in violation of the Fourth Amendment of the Constitution.  The department found that CPD officers’ practices unnecessarily endanger themselves and result in unnecessary and avoidable uses of force.  The pattern or practice results from systemic deficiencies in training and accountability, including the failure to train officers in de-escalation and the failure to conduct meaningful investigations of uses of force.

The city of Chicago and the Justice Department have signed an agreement in principle to work together, with community input, to create a federal court-enforceable consent decree addressing the deficiencies found during the investigation.

“One of my highest priorities as Attorney General has been to ensure that every American enjoys police protection that is lawful, responsive, and transparent,” said Attorney General Loretta E. Lynch.  “Sadly, our thorough investigation into the Chicago Police Department found that far too many residents of this proud city have not received that kind of policing.  The resulting deficit in trust and accountability is not just bad for residents – it’s also bad for dedicated police officers trying to do their jobs safely and effectively.  With this announcement, we are laying the groundwork for the difficult but necessary work of building a stronger, safer, and more united Chicago for all who call it home.”

“The failures we identified in our findings – that we heard about from residents and officers alike — have deeply eroded community trust,” said Principal Deputy Assistant Attorney General Vanita Gupta, head of the Civil Rights Division.  “But today is a moment of opportunity, where we begin to move from identifying problems to developing solutions.  I know our findings can lead to reform and rebuild community-police trust because we’ve seen it happen in community after community around the country over the past 20 years.”

“The findings in our report, coupled with the City of Chicago and Police Department’s commitment to work together with us, are an historic turning point and a major step toward sustained change,” said U.S. Attorney Zachary T. Fardon of the Northern District of Illinois.  “Implementing these findings is a necessary precursor to our long-term success in fighting violent crime in Chicago.”

In the course of its pattern or practice investigation, the department interviewed and met with city leaders, current and former police officials, and numerous officers throughout all ranks of CPD.  The department also accompanied line officers on over 60 ride-alongs in every police district; heard from over 1,000 community members and more than 90 community organizations; reviewed thousands of pages of police documents, including all relevant policies, procedures, training and materials; and analyzed a randomized, representative sample of force reports and the investigative files for incidents that occurred between January 2011 and April 2016, including over 170 officer-involved shooting investigations and documents related to over 400 additional force incidents.

The department found that CPD’s pattern or practice of unconstitutional force is largely attributable to deficiencies in its accountability systems and in how it investigates uses of force, responds to allegations of misconduct, trains and supervises officers, and collects and reports data on officer use of force.  The department also found that the lack of effective community-oriented policing strategies and insufficient support for officer wellness and safety contributed to the pattern or practice of unconstitutional force.

In addition, the department also identified serious concerns about the prevalence of racially discriminatory conduct by some CPD officers and the degree to which that conduct is tolerated and in some respects caused by deficiencies in CPD’s systems of training, supervision and accountability.  The department’s findings further note that the impact of CPD’s pattern or practice of unreasonable force falls heaviest on predominantly black and Latino neighborhoods, such that restoring police-community trust will require remedies addressing both discriminatory conduct and the disproportionality of illegal and unconstitutional patterns of force on minority communities.

In the agreement in principle, the Justice Department and the city of Chicago agreed that compliance with the consent decree will be reviewed by an independent monitor.  The agreement in principle provides a general framework for change, but the department will be doing community outreach to solicit input in developing comprehensive reforms.  In the days ahead, the department will continue speaking to local authorities, officers and ordinary citizens to gather their perspectives about the challenges facing the city – and the changes needed to address them.  Comments from the public may be provided by email to [email protected]

Throughout the department’s investigation, CPD leadership remained receptive to preliminary feedback and technical assistance, and started the process of implementing reforms.  Under the leadership of Mayor Rahm Emanuel and Superintendent Eddie Johnson, CPD has taken a number of encouraging steps, including creating the Civilian Office of Police Accountability to replace IPRA; issuing a new transparency policy mandating the release of videos and other materials related to certain officer misconduct investigations; beginning a pilot program for body-worn cameras, to be expanded CPD-wide; and committing to establish an anonymous hotline for employees to report misconduct.  While these and other measures are an important start to cooperative reform, a comprehensive, court-enforceable agreement is needed to remedy all of the department’s findings and ensure lasting reform.In addition, the department has been working with the city of Chicago as part of the Violence Reduction Network, a data-driven, evidence-based initiative that delivers strategic, intensive training and technical assistance.  This assistance focuses on developing an overall violence reduction strategic framework; providing immediate technical assistance and expertise to CPD; analyzing high-crime neighborhoods for resource, social service and opportunity gaps; and assisting in building capacity in Chicago’s public safety offices.  And in 2016, the U.S. Attorney’s Office for the Northern District of Illinois charged more illegal firearms cases in total, and more as a percentage of its overall cases, than it has in any year since 2004.

This investigation was conducted by the Civil Rights Division’s Special Litigation Section and the U.S. Attorney’s Office for the Northern District of Illinois with the assistance of law enforcement professionals, pursuant to the pattern-or-practice provision of the Violent Crime Control and Law Enforcement Act of 1994.  Since 2009, the Special Litigation Section has opened 25 investigations into law enforcement agencies.  The section is enforcing 20 agreements with law enforcement agencies, including 15 consent decrees and one post-judgment order.  The division recently released a comprehensive report that provides an overview of the police reform work done pursuant to the Violent Crime Control and Law Enforcement Act of 1994, which can be found at the following link: https://www.justice.gov/crt/file/922421/download.

For more information on the Civil Rights Division and the Special Litigation Section, please visit www.justice.gov/crt.