Spike in Cases, Many for Minor Offenses 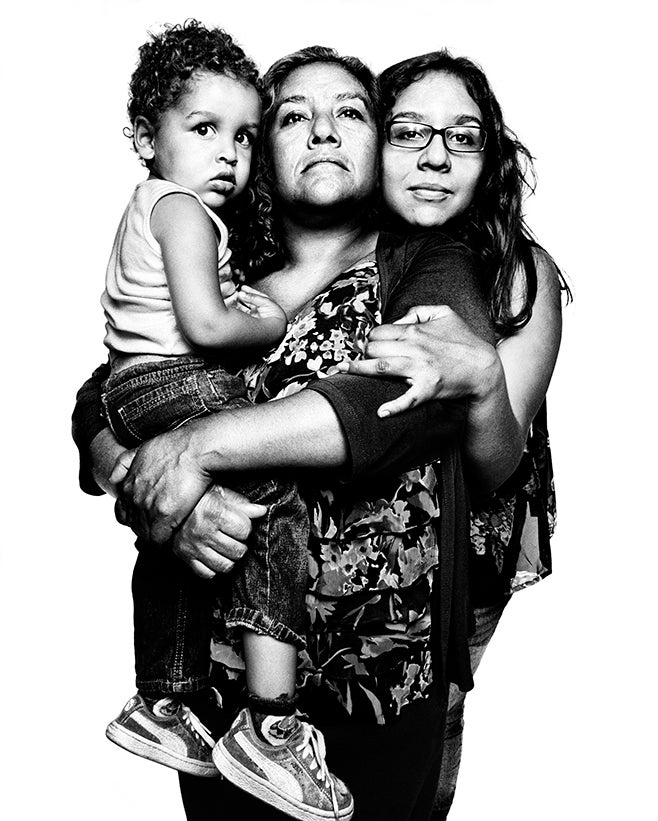 Melida Ruiz, a lawful permanent resident, pictured with her daughter, Mercedez Ruiz, and her grandson, Christopher Gonzalez. In 2011, Melida was held in immigration detention for seven months while she fought deportation based on a 2002 misdemeanor drug conviction, her sole conviction in more than 30 years in the United States. © 2013 Platon for Human Rights Watch

Los Angeles –-(ENEWSPF)–June 16, 2015.  Thousands of families in the United States have been torn apart in recent years by detention and deportation for drug offenses, Human Rights Watch said in a report released today. Disproportionately harsh laws and policies relating to drug offenses can lead to deportation for lawful permanent residents and unauthorized immigrants alike.

The 93-page report, “A Price Too High: US Families Torn Apart by Deportations for Drug Offenses,” documents how the US regularly places legal residents and other immigrants with strong ties to US families into deportation proceedings for drug offenses. Often, those offenses are decades old or so minor they resulted in little or no prison time. Deportations after convictions for drug possession in particular have spiked, increasing 43 percent from 2007 to 2012, according to US government data obtained by Human Rights Watch through a Freedom of Information Act request.

“Even as many US states are legalizing and decriminalizing some drugs, or reducing sentences for drug offenses, federal immigration policy too often imposes exile for the same offenses,” said Grace Meng, senior US researcher at Human Rights Watch and the author of the report. “Americans believe the punishment should fit the crime, but that is not what is happening to immigrants convicted of what are often relatively minor drug offenses.”

The report is based on more than 130 interviews with affected immigrants, families, attorneys, and law enforcement officials, as well as new data obtained from US Immigration and Customs Enforcement (ICE).

Human Rights Watch requested information on the immigration status of deported non-citizens in its Freedom of Information Act, but ICE in its response claimed not to keep such records. An appeal is pending. Numerous cases were reported to Human Rights Watch, however, in which lawful permanent residents – who have a green card – were put into deportation proceedings for drug offenses.

Many of those we interviewed faced automatic deportation because immigration law defines their offenses as fitting within the aggravated felony of “drug trafficking.” These include several people whose convictions were for low-level offenses, such as sale of $5 worth of crack cocaine. In such cases, the immigration judge is barred from considering the circumstances of the individual’s case such as any evidence of US family ties, rehabilitation, military service, and other factors, and instead must order the immigrant deported.

Some lawful permanent residents with convictions for simple possession are eligible to apply for a form of pardon, to “cancel” their removal. But because drug offenses trigger mandatory detention under US law, Human Rights Watch found legal residents who were forced to spend months in immigration detention fighting their cases. Often, their detention had devastating emotional and financial consequences for them and their families, for convictions as minor as simple possession of marijuana.

Even decades-old offenses can result in mandatory detention and deportation. Human Rights Watch received several reports of immigration authorities arresting legal residents, sometimes in early-morning raids at their homes, for old offenses. In one case, the legal resident was arrested 13 years later for charges that had been dismissed under a California diversion program for first-time drug offenders.

Under US immigration law, expunged or pardoned drug convictions can still result in deportation.

Drug offenses also bar non-citizens from gaining lawful resident status, even if they have close family relationships with US citizens that would otherwise qualify them for green cards. Although it is possible for a non-citizen to apply for a waiver for offenses such as assault or fraud if they can show a US citizen family member would suffer extreme hardship if the non-citizen could not gain legal resident status, the only waiver possible for drug offenses is for a single conviction for possession of 30 grams or less of marijuana.

The US Congress should undertake comprehensive reform to ensure that immigrants with criminal convictions, including drug offenses, are not subject to a “one-size-fits-all-policy,” Human Rights Watch said. Instead, immigration judges should be given the discretion to weigh evidence of rehabilitation, strong family ties, years of residence, and other positive factors, against the seriousness of any convictions.

Meanwhile, states should ensure that reforms to reduce criminal penalties for drug offenses and facilitate rehabilitation for those with drug dependency are designed to allow non-citizens to benefit as well. In California, two pending bills – Assembly Bills 1351 and 1352 – would amend an existing drug diversion program to allow defendants to participate before pleading guilty, and allow people to withdraw guilty pleas if they have already successfully completed the program. These bills, if passed, would help to ensure equal justice for non-citizens arrested for minor drug offenses.

The Obama administration should also stop pursuing a deportation strategy that categorically assumes anyone with a criminal conviction represents a threat to public safety.

“The Obama administration has explicitly recognized the many failures of the US criminal justice system, and particularly its disproportionate impact on minority and poor communities,” Meng said. “But by designating all immigrants convicted in that system as dangerous criminals, the administration is perpetuating these failures and devastating many of the same communities.”

For examples of individual stories in the report, please see below:

Marsha Austin, a grandmother from Jamaica and a permanent resident living in the Bronx, New York, is fighting deportation for a 1995 conviction for selling $5 worth of crack cocaine, though she is now in recovery from her dependency on drugs.

Raul Valdez, a permanent resident from Mexico who had grown up in the Chicago area from the age of one, was deported in 2014 because of a 2003 conviction for possession of cannabis with intent to deliver, for which he had been sentenced to 60 days in jail.

Ricardo Fuenzalida, a permanent resident from Chile now living in New Jersey, was held without bond for months fighting deportation in 2013 because of two marijuana possession convictions from 13 years earlier.

Jose Francisco Gonzalez, a permanent resident in Anaheim, California, was put into deportation proceedings and held without bond in 2014 because of a 2001 arrest for having two pot plants, despite having successfully completed a California diversion program that promised to erase his criminal record.

Abdulhakim Haji-Eda, a refugee from Ethiopia who came to the US at the age of 13, has been ordered deported as a drug trafficker for a teenage drug sale in Seattle. Now 26 years old, he has no other convictions, and is married to a US citizen with two US citizen children and another on the way.

“Antonio S.,” who came to the US from Mexico when he was 12 and was eligible for a reprieve from deportation as a “DREAMer” under the executive program Deferred Action for Childhood Arrivals, was detained for over a year in Colorado and deported after a conviction for possession of marijuana, a municipal violation to which he pleaded guilty without an attorney.

“Alice M.,” a 41-year-old graphic designer and Canadian citizen, told us she is barred from living in the US with her US citizen fiancé because of a single 1992 conviction for cocaine possession she received in Canada in her last year of high school, a conviction that was pardoned long ago in Canada.

“Mr. V.,” a refugee and permanent resident from Vietnam, was ordered deported in 2008 for a 1999 conviction for possession of crack cocaine. Although he has since been granted a full and unconditional pardon from the state of South Carolina, Mr. V. remains under a deportation order and only remains in the US because of restrictions on the repatriation of certain Vietnamese nationals.