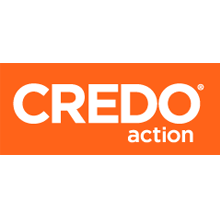 SAN FRANCISCO -(ENEWSPF)–December 5, 2016. – CREDO Deputy Political Director Josh Nelson released the following statement yesterday in response to the news that the Obama administration has denied an easement needed to complete construction of the Dakota Access pipeline:

“Today’s news shows that when progressives fight, we win,” said CREDO Deputy Political Director Josh Nelson. “CREDO has waged an extensive, multi-front campaign to support the indigenous-led effort to stop the Dakota Access pipeline – but this fight is not over yet,” Nelson continued.

“While we are thrilled that the Standing Rock Sioux Tribe got the justice they deserve today, we can be sure Donald Trump won’t let this stand without a fight,” he added. “We will continue fighting with every tool at our disposal to make sure the Dakota Access pipeline is never completed.”

400,000+ PETITION OBAMA TO REJECT PIPELINE: More than 418,000 CREDO members have signed CREDO’s petition demanding that President Obama intervene and stop the Dakota Access pipeline. Specifically, the petition calls on the president to “direct the U.S. Army Corps of Engineers to revoke the permits under ‘Nationwide Permit 12’ and stop the Dakota Access pipeline once and for all.” The full petition can be found here:http://act.credoaction.com/sign/NoDAPL/

NEARLY 4,000 #NoDAPL CALLS TO THE WHITE HOUSE: CREDO members have made more than 3,700 calls to the White House urging President Obama to stop the Dakota Access pipeline. View the current number of calls and call script here:http://act.credoaction.com/call/call_obama_dapl/

180,000+ PETITION OBAMA AND GOV. DALRYMPLE TO UPHOLD FIRST AMENDMENT RIGHTS: More than 189,000 CREDO members have signed a petition urging Pres. Obama and North Dakota Gov. Dalrymple to “uphold the rights of Native Americans and their allies to peacefully resist the Dakota Access pipeline without threat of violence.” The full petition can be found here:http://act.credoaction.com/sign/dapl_assault/ CREDO MEMBERS PARTICIPATE IN BAKKEN PLEDGE OF RESISTANCE: CREDO members in Iowa are taking part in the Bakken Pledge of Resistance, in which local activists have pledged to “engage in acts of dignified, peaceful civil disobedience” if necessary to stop the pipeline. The pledge, which was organized by Bold Iowa and is also supported by Iowa Citizens for Community Improvement and the local group 100 Grannies for a Livable Future, can be found here:http://bit.ly/bakkenpledge IN 2014, CREDO ACTIVISTS FOUGHT TO STOP THE PIPELINE IN IOWA: In August 2014, more than 3,000 CREDO activists in Iowa signed a CREDO Mobilize petition started by Iowa Citizens for Community Improvement calling on Iowa Gov. Terry Branstad to reject the pipeline. The petition can be found here:https://www.credomobilize.com/petitions/tell-governor-branstad-stop-the-iowa-bakken-oil-pipeline

CREDO Action, part of CREDO Mobile, is a social change network of 4 million activists, sending millions of petition signatures and more than 100,000 phone calls to decision-makers each year. CREDO Action members also participate in meetings, protests and other direct action for progressive change.