Marchers Demand Women’s Rights, But Trump Sets Them Back 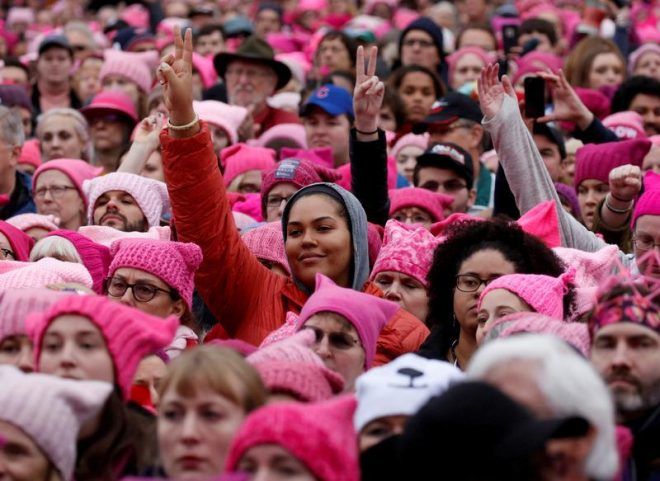 Two days after some 5 million people around the globe marched demanding respect for women’s rights, President Donald Trump reinstated the “Global Gag Rule,” a destructive policy that threatens women’s lives around the world.

Trump signed an executive order reviving a policy that prohibits United States international aid to groups which in anyway engage with abortion – providing it, offering counseling, advocating for abortion law reform, or providing referrals – even with non-US funding. Under this rule, organizations will be disqualified from receiving US assistance simply because they use their own, non-US, funds to provide abortion-related services and information that are legal in their home country and in the US. Since the rule was first imposed in the 1980s, every Democratic President has rescinded the rule, and every Republican President has re-imposed it.

This damaging policy restricts women’s choices and promotes censorship of critical health options in clinics around the world, when studies estimate that globally between 8 percent to 18 percent of maternal mortality is due to unsafe abortion. It means a woman seeking care in a US-funded health facility can be prohibited from even hearing about options that might save her life. It also means advocates who watch women in their country die from unsafe abortions cannot speak out and demand reform without losing US assistance.

This policy will contribute to unwanted pregnancies, unsafe abortions, and women dying. This is not conjecture. Human Rights Watch has long documented what happens when abortion is highly restricted and health care providers cannot offer comprehensive reproductive health care.

In interviews with women and health providers around the world, we have heard anguished stories of providers who have to watch women die when they could be saved, women who put their lives at risk with clandestine abortions, of families who lost loved ones to unsafe abortions, and of clinics struggling for funding to meet the demand for reproductive health care. We, along with others, will investigate and expose the harmful impact of this discriminatory, deadly policy on women in the years to come.

President Trump may have the power to order up destructive policies, but he can’t gag the global movement for women’s rights and health.