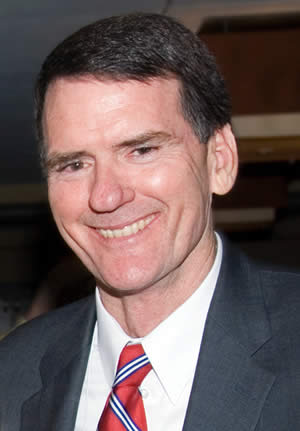 Rev. Willima O’Mara serves as chaplain at Marian Catholic High School, and on the weekends says mass at St. Agnes Church, both in Chicago Heights. He is also a longtime friend of the Bishop of Tucson, Arizona, the Most Rev. Gerald F. Kicanas, D.D. Father Bill and Bishop Kicanas have known each other since they taught at Quigley Preparatory Seminary South years ago. Bishop Kicanas and Father O’Mara both hail from Chicago. According to Father O’Mara, Bishop Kicanas was in Jerusalem on a pilgrimage when he heard the news of the tragic shootings. He cut his trip short and immediately returned to his diocese, Fr. Bill says.

All titles and background aside, Father O’Mara is not much into titles, and I’m sure his friend Bishop Kicanas is much like him. Bill is a wonderful priest, pastoral in every way, and I have incredible respect for him.

He shared a wonderful homily this morning at St. Agnes.

Father Bill said he spoke with Bishop Kicanas after the tragic shootings in Tucson Arizona that occurred on January 8. Congresswoman Gabrielle Giffords was critically wounded and six people were shot dead by alleged shooter Jared Lee Loughner. Among the deceased were Chief Judge for the United States District Court for the District of Arizona John McCarthy Roll and 9-year-old Christina Taylor Green. Both were Roman Catholic. Bishop Kicanas presided at both funerals.

Relaying conversations he’s since had with Bishop Kicanas, Father O’Mara said Judge John Roll attended mass every morning. He had just left Saturday morning mass when he heard that his longtime friend, Rep. Gabrielle Giffords, was hosting a nearby "Congress on the Corner" event, and he called his wife to tell her he was stopping by.

Roll arrived at the event and got in line. "Congress on the Corner" was not a rally. It was literally an event where people got in line and were guaranteed one-on-one time with the congresswoman. She took her time to talk to everyone who stopped by. Aides to the congresswoman noticed his honor standing in line and asked if he would like to come to the front so he could speak with the Giffords and get on his way.

Roll declined and said he was happy to wait his turn.

As fate would have it, the minutes Roll waited brought him closer to the congresswoman when the shots were fired. When Giffords went down, Roll threw himself on top of one of Gifford’s employees, Ronald Barber, to protect him. In doing so, Judge Roll was fatally shot.

But he did not die immediately.

According to Father O’Mara, Bishop Kicanas said that as someone present came to minister to his wounds, Roll reportedly said, "I’m dying. Help those other people."

"I’m dying. Help those other people."

Previous articleOlbermann Signs Off At MSNBC. So It Goes. (Video/Commentary)
Next articleIn and Around Park Forest Week of January 24, 2011