Why the Local & Nationwide Protests Against the Trump Administration Continue 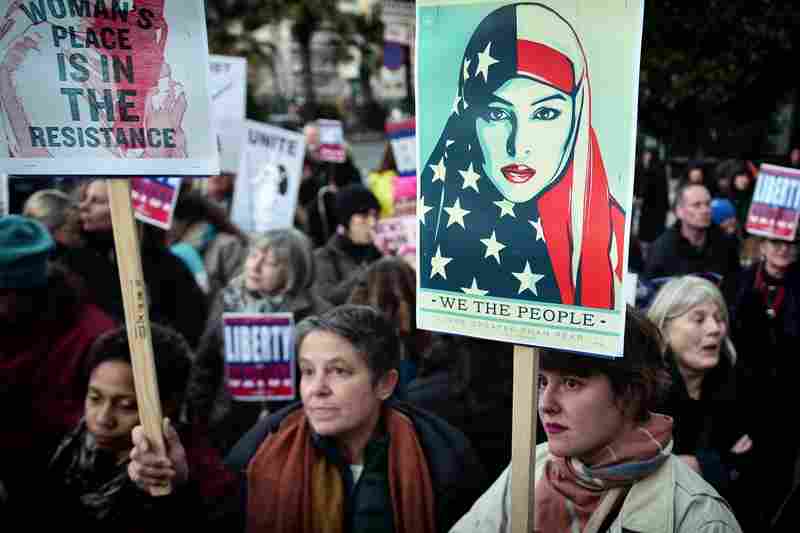 At a recent meeting of the Lane County Our Revolution group, one of the comments was that the only thing good about the Trump Administration is that we are all getting a lot of aerobic exercise participating in all the local and national protests. Some question the rationale for these marches and thought once the Women’s March took place last November, the marching was over.

If only that were true.

Lawrence Ferlinghetti, poet, anti-Fascist, First Amendment activist, environmentalist, artist and publisher might have said it best in his poem “Pity the Nation.”

“Pity the nation whose people are sheep,
and whose shepherds mislead them.

Pity the nation whose leaders are liars, whose sages are silenced,
and whose bigots haunt the airwaves.

Pity the nation that raises not its voice,
except to praise conquerors and acclaim the bully as hero
and aims to rule the world with force and by torture.

Pity the nation whose breath is money
and sleeps the sleep of the too well fed.

Pity the nation — oh, pity the people who allow their rights to erode
and their freedoms to be washed away.

My country, tears of thee, sweet land of liberty.”

If you, like so many others are troubled by the hatred, bigotry, misogyny, racism, homophobia, environmental destruction and violation of our Constitutional rights to free speech taking place in the United States, get up and do something about it!  Don’t allow Trump to continue on his quest to dismantle our country through policies based on “alternative facts” or that only benefit the wealthy.

With each passing day it looks more plausible that the United State may become involved in yet another war led by a Commander-in-Chief that is a liar and the laughingstock of the world. And remember, it won’t be Trump’s children that go off to fight these battles. I have a Godson who is in the Navy and when I saw those ships take off yesterday headed to the Korean peninsula, I became physically ill as I’m sure everyone who has a loved one in the military did.  This isn’t reality TV folks, this is “real” life. Trump doesn’t seem to remotely understand this fact.

So don’t be one of those “sheep” that “allow their rights to erode and their freedoms to be washed away.” Participate in a march.  Phone or write your Congresspersons and Trump and let them know you’re mad as hell.  Your Congressional Representatives will be home for the Easter Holiday so attend a local Town Hall meeting or help organize one if none is currently planned. After the failure of TrumpCare to even come up for a vote, it’s clear that we’re being heard.

This is why we march, and will continue to march until our collective voices saying “this is enough” are heard. Because at the end of the day, we’re all in this together.

If you know of any local/national peaceful protests taking place, please send them to me for publication at: [email protected]