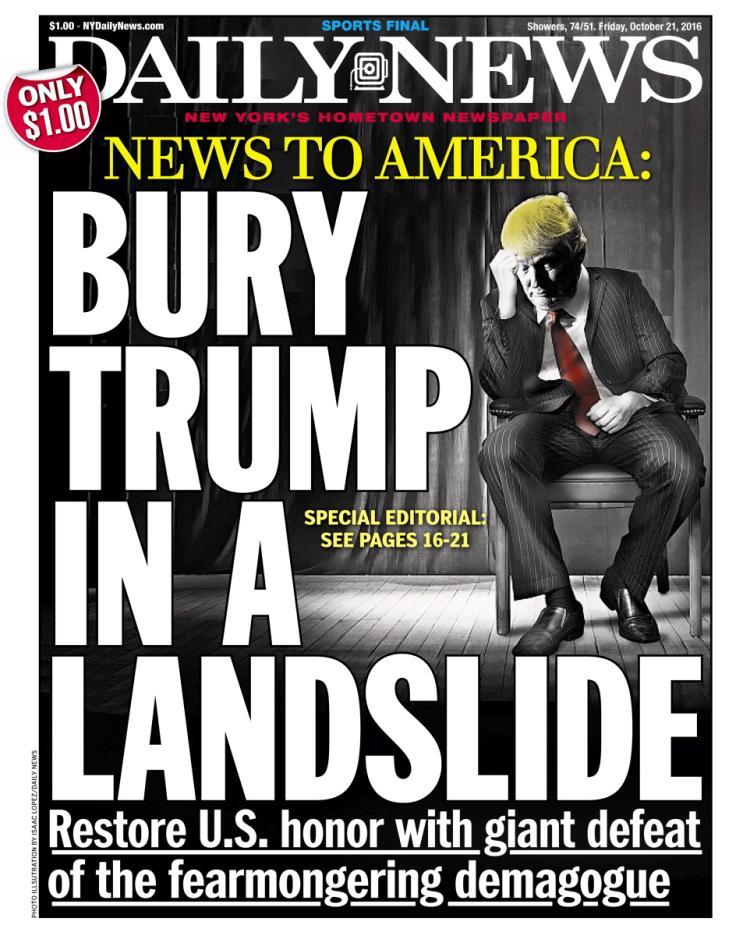 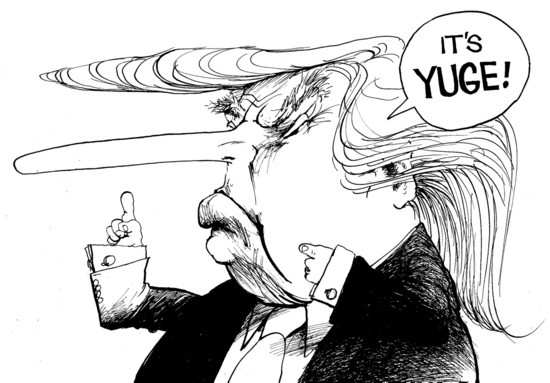 Chapter 14: Trump The Enemy of Democracy

Here is a segment:

The package wrapped around Donald Trump advertises the product within as a man of all the people. His history and true character, revealed over the course of the long campaign, prove otherwise.    Is Trump a racist? The question is unanswerable without prying into the recesses of his brain — yet it is valid in light of a history of racial offense.

As president of Trump Management in the early 1970s, Trump helped lead a company that systematically excluded blacks from renting apartments in Brooklyn and Queens.  So said a 1973 lawsuit brought by the federal Justice Department, built on a foundation laid by a nonprofit group that sent testers to inquire about vacancies.

A former Trump superintendent testified that multiple Trump Management employees had told him to attach a piece of paper with a letter “c” on it — “c” for “colored” — to rental applications by African-Americans.

After fighting the case for two years, Trump signed a consent decree without admitting wrongdoing but agreeing to change practices to ensure that Trump properties would desegregate.  Years later, the government accused Trump’s company of violating the decree.

“We believe that an underlying pattern of discrimination continues to exist in the Trump Management organization,” the government wrote, providing additional examples of blacks having applications denied — and new evidence that blacks were essentially relegated to a small number of low-quality complexes.  That case was closed in 1982, with no formal finding by a court.

In 1992, the New Jersey Casino Control Commission fined a Trump Atlantic City property for removing African-American card dealers at the request of a high-rolling white gambler.   And: “When Donald and Ivana came to the casino, the bosses would order all the black people off the floor,” a former employee at Trump’s Castle told The New Yorker.

Most appalling, for five years, in tweet after tweet and interview after interview, Trump proudly led the so-called birther movement that attempted to destroy the legitimacy of America’s first black President by claiming that Obama had actually been born in Kenya.

Lots of good information in this huge take down piece, some of it I wasn’t aware of.

New York is obviously not competitive, even though Trump promised it would be.  But, this article has gone viral online and is being read by many eyes today.