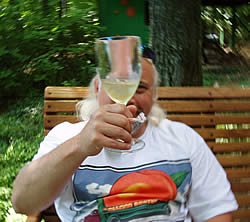 When Democrats go to the polls in the South Suburbs this February, they are likely to be surprised by a few names. Top of the list will be Bloom Township Supervisor "T.J." Somer, who was the Bloom Township Republican Committeeman before he resigned to run in the Democratic for judge in 2008. Somer wasn’t just a Republican, he was the Republican challenger to Jesse Jackson Jr in 1995, a GOP office holder (Bloom Township Supervisor) and Republican party leader. At the height of the Florida ballot fiasco in November 2000, Somer made it clear where he stood:

"I think it’s pretty clear here that I’m the Republican and he’s the Democrat," Somer said this week by phone from his office.

Now he wants to be the Democratic nominee for judge. This is problematic on so many levels.

My biggest complaint is that Democrats don’t need to dip into the Republican ranks to get good people to run in the South Suburbs. The South Suburbs has a tremendous pool of talent on the Democratic side, and we don’t need crossover votes to win elections. While that may have been true decades ago, it certainly hasn’t been true since I’ve lived here (in this millennium). I’ve got no problem with TJ running as a Republican for office, but he apparently thinks he can’t win with that label attached to his name:

Somer is the latest example of someone changing his politically partisan label in hopes that “joining the other team” will give him a better chance at winning. After all, it is not that Somer has anything significantly new in his background.

HIS HOMETOWN USED to be a Republican bastion in the south suburbs. Officials who controlled Chicago Heights politics were white ethnics (largely Italian) who leaned toward the GOP because they saw the party as their political instrument that kept them from being bowled over by Chicago city government.

Shifting parties is just a sign Somer can “smell the coffee,” so to speak, of his changing community. Growing African-American and Hispanic populations in Chicago Heights (along with a federal investigation of the Chicago mob during the 1990s that sent former Chicago Heights Mayor Charles Panici to prison) have changed the town’s politics.

Now Gregory Tejeda seems to think that "There really is little difference between people of Democratic and Republican persuasions, particularly if they come from the same region." But I disagree. In this particular case, I’d argue that it’s deceitful.

Judicial races are what we call low-information races on the ballot. Without a great deal of information about the candidates, voters are forced to rely on political cues or brands to help them make their choice for who to vote. One of the primary political cues we have is party affiliation. Being a Democrat means something to most Democrats, and they can articulate what it means. Somer apparently thinks he needs the Democratic label to win election in the South Suburbs. But voters will go into the fall thinking that the (D) means the same thing to Somer (if he were to be the nominee) as it means to them.

Consider about the vast differences between Republican judges and Democratic judges. Justices Antonin Scalia and Stephen Breyer talked about the different judicial philosophies recently at the University of Arizona College of Law:

Using his "originalist" philosophy, Scalia said he likely would have dissented from the historic 1954 Brown v. Board of Education decision that declared school segregation illegal and struck down the system of "separate but equal” public schools. He said that decision, which overturned earlier precedent, was designed to provide an approach the majority liked better.

"I will stipulate that it will," Scalia said. But he said that doesn’t make it right. "Kings can do some stuff, some good stuff, that a democratic society could never do," he continued.

There are also dramatic differences between Democrats and Republicans in the areas of sentencing on drug possession — which have led to sentences being much stiffer on African-American defendants than on white defendants — and other crimes. And Somer’s service as a Chicago Heights cop forces one to question his exposure to racial profiling.

I don’t know if TJ Somer shares Justice Scalia’s interpretation of the law, I don’t know where he stands on the disparities between sentences given to whites and non-whites in drug cases and I couldn’t begin to guess if Somer would be sympathetic to law enforcement if they were accused of racial profiling, but — most likely — we will never know. Judicial candidates are prohibited (by convention) from answering all but the most vague questions about how they will rule in future cases.

What I do know is that TJ Somer — like Antonin Scalia — was a Republican before he decided he wanted to be a judge. I have no reason to think that Somer’s judicial philosophy will be more akin to Breyer’s than to Scalia’s. Which is why I’d argue that attaching the Democratic label to TJ Somer’s name is deceptive. We can’t trust Somer to act as a Democrat from the bench.

The argument that some have given is that we don’t have enough judges from the eastern side of the 15th subcircuit, that the western (and more Republican) end is over-represented on the bench. And I have some sympathy for that argument. But we have enough legal talent among real, long-time Democrats here in Rich, Bloom and Bremen townships without having to bring in Republican ringers to run as Democrats.

What no one can tell me is why I should prefer a Republican-turned-Democrat from the Eastern side of the subcurcuit to a real Democrat from either side. A real, long-time Democrat is much more likely — it seems to me — to be more sympathetic to the disadvantaged, the dispossessed, to consumers and taxpayers than TJ Somer. Somer may understand what is necessary to achieve power in this area, but I have real doubts that he understands what it is like to be threatened or abused by power, and I’m not sure how sympathetic he’d be to *people* in his courtroom. Before he deserves the chance to run under the Democratic brand, he needs to prove that he understands what that means to the rest of us, that he can be trusted with the Democratic label.

The constraints of judicial propriety makes that virtually impossible. Why risk it? Democrats should choose a real Democrat, someone who can properly be labeled with that brand, this February to run as their Democratic nominee next November. It’s not only the safe choice, it’s the smart choice…

Alan Cottrell writes about politics and anything else that occurs to him at Political Tracks – A View from the Southside. He is a resident of Flossmoor, Illinois.