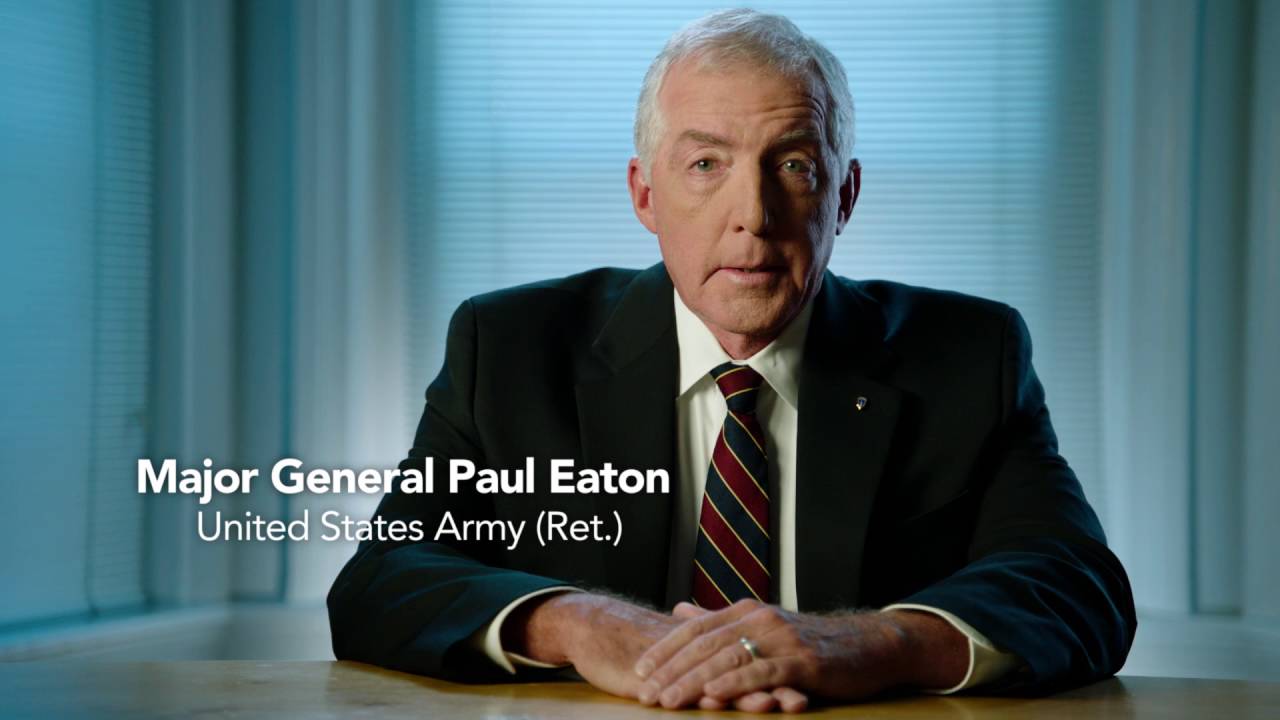 Washington DC –(ENEWSPF)–November 29, 2016.  This morning, Donald Trump tweeted that Americans who burn the flag should be imprisoned, or have their citizenship revoked, even though the Supreme Court decided burning of the flag was a First Amendment right.
In response to Trump’s comments, Retired Army Major General Paul D. Eaton, senior adviser to VoteVets.org, released the following statement:

“Donald Trump is attacking the very first amendment in the Constitution, that every member of the military swore to protect – the freedom of speech and expression.  The idea that any American should be jailed or see his or her citizenship revoked for exercising that right is chilling.
Further, it raises questions about what Donald Trump would want to do with those people, if they lost their citizenship, and all the other Constitutional protections that come with it – from due process rights to protections against cruel and unusual punishment.  What would his intent be, after taking away someone’s citizenship?
The oath we took, and the one Donald Trump will be taking in just a matter of weeks, is very clear.  Defense of the Constitution, and all it stands for, is paramount.  Comments like the one the President-elect has made today are antithetical to that oath.”

Founded in 2006, and backed by over 450,000 supporters, the mission of VoteVets.org is to use public issue campaigns and direct outreach to lawmakers to ensure that troops abroad have what they need to complete their missions, and receive the care they deserve when they get home.  VoteVets.org also recognizes veterans as a vital part of the fabric of our country and will work to protect veterans’ interests in their day-to-day lives.   VoteVets.org is committed to the destruction of terror networks around the world – with force when necessary – to protect America. While non-partisan, the group is the largest progressive organization of veterans in America.
Source: http://votevets.org