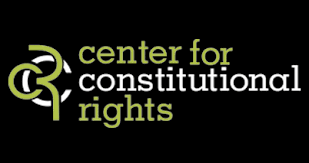 New York –(ENEWSPF)–March 6, 2017.  In response to the release of Trump’s second attempt at a Muslim ban following the first’s many court tangles, the Center for Constitutional Rights issued the following statement:

The repackaging of Trump’s Muslim ban does nothing to undo its fundamentally repugnant character as an act of state-sponsored bigotry. Trump cannot erase the discriminatory stench that has been the driving force of the White Nationalist House – and its Islamophobic activist wing – all along. The attempted do-over should meet the same fate in the courts as the first.

Trump’s first Muslim ban was responsible for grave harm to thousands of individuals whose lives and families were upended, and Trump’s hateful rhetoric has triggered a predictable a spike in xenophobic and anti-Muslim acts of violence and harassment. State discrimination inevitably sends a signal of social acceptance for hate crimes and makes entire communities open targets to the nationalist rage Trump is fomenting. He will meet continued resistance in the streets and in the courts.

The Center for Constitutional Rights was also in court last Wednesday with the CLEAR project of CUNY School of Law to argue an important case against the FBI on behalf of Muhammad Tanvir, Jameel Algibhah, and Naveed Shinwari, three American Muslim men with no criminal records who were placed or kept on the No-Fly List in retaliation for refusing to become informants.

The Center for Constitutional Rights is dedicated to advancing and protecting the rights guaranteed by the United States Constitution and the Universal Declaration of Human Rights. Founded in 1966 by attorneys who represented civil rights movements in the South, CCR is a non-profit legal and educational organization committed to the creative use of law as a positive force for social change.