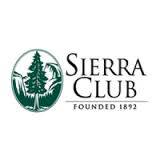 WASHINGTON, D.C. –(ENEWSPF)–January 10, 2017.  Today, the Senate Judiciary Committee is holding a hearing to examine the nomination of Senator Jeff Sessions of Alabama to be Attorney General at the Department of Justice.
In response, Sierra Club Executive Director Michael Brune released the following statement:
“Appointing Jeff Sessions to lead the Justice Department is an oxymoron — the words ‘Justice’ and ‘Jeff Sessions’ don’t belong in the same sentence, let alone the same title. Senator Jeff Sessions is a proven opponent of environmental protection, civil rights and civil liberties and he must be stopped. His atrocious voting record on environmental and civil rights issues shows that he can’t be trusted to defend and enforce the laws that protect our communities.
“The Sierra Club stands with the NAACP and our other allies that are standing up to stop Senator Sessions from dragging our Justice Department down with his dreadful record. The Senate Judiciary Committee and all Senators who care about their constituents should stand up for families across the nation and oppose this nomination.”
###
About the Sierra Club
The Sierra Club is America’s largest and most influential grassroots environmental organization, with more than 2.4 million members and supporters. In addition to helping people from all backgrounds explore nature and our outdoor heritage, the Sierra Club works to promote clean energy, safeguard the health of our communities, protect wildlife, and preserve our remaining wild places through grassroots activism, public education, lobbying, and legal action. For more information, visit www.sierraclub.org.
Source: http://sierraclub.org

As Sessions Confirmation Hearings Begin, Resistance Builds Near and Far