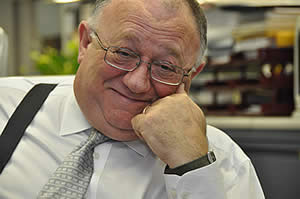 Commentary
By John A. Ostenburg

While lots of media attention is given every four years to the Iowa caucuses and the New Hampshire primary election, those events appear to be only minimal predictors at best of what else will occur in the presidential contests.

The first-in-the-nation status of the New Hampshire primary goes back many years, while the Iowa caucus system only came about in 1972. A look at statistics for both since 1972 doesn’t reveal much of a harbinger role for either.

Let’s start with the assumption that winning the Iowa caucuses is a boost toward subsequent victory in the New Hampshire primary. Statistically, since 1972, that’s been the case on the Democratic side in only four of the past eight elections in which an incumbent was not seeking re-election: Edmund Muskie in 1972, Carter in 1976, Al Gore in 2000, and John Kerry in 2004. That’s only 50 percent of the time.

As far as predicting the eventual winner of the White House, again in years when an incumbent president was not seeking re-election, the Democratic record for Iowa on accuracy is 25 percent: Carter in 1976 and Obama in 2008. The Republican record is 12.5 percent: only George W. Bush in 2000. The New Hampshire primary isn’t much better: since 1972, Democrats who won there went on to gain the White House on only one occasion (Carter in 1976), while Republicans doubled that tally (Reagan in 1980 and George H. W. Bush in 1988).

Jimmy Carter in 1976 was the only non-incumbent presidential candidate to win in both Iowa and New Hampshire and then go on to win the White House, albeit he lost the presidency in his re-election bid four years later.

Given these numbers, why all the hullabaloo every four years over Iowa and New Hampshire? Why all the time and money spent in those states by candidates? Why the months and months of camping out there by the media, trying to get the pulse on who eventually will do best in his or her presidential bid among voters of those states?

The pundits will tell you it’s all with the drive to capture “Big Mo.” That’s a term coined by George H. W. Bush in 1980 after he won in Iowa and made the statement that “What we will have is momentum; we will look forward to Big Mo being on our side.” That big momentum didn’t do him much good, however, as he subsequently lost the New Hampshire primary to Ronald Reagan who went on to capture both the GOP nomination and the presidency. But perhaps “Big Mo” helped the elder Bush gain the vice presidency in that year and then to become president eight years later. Perhaps.

The people who run presidential campaigns are not stupid (for the most part, at least!), so they certainly are aware that winning in Iowa or New Hampshire doesn’t necessarily mean subsequent successes that lead to the nomination. Why, then, do they compel their candidates to undertake such arduous and costly endeavors.

It’s more the case that absence from such electoral contests carries with it a conspicuous status that is very likely to lead to disaster. The fact is, since 1972, every candidate who eventually has won the presidency – except for Bill Clinton in 1992 – also has taken the win in either the Iowa caucus or New Hampshire primary for that year. Maybe not both, but certainly one or the other.

John A. Ostenburg is in his fifth four-year term as mayor of Park Forest, Illinois, and formerly served in the Illinois House of Representatives. He is an active member of committees of the National League of Cities, the Illinois Municipal League, the Metropolitan Mayors Caucus, and the South Suburban Mayors & Managers Association. He retired in July 2010 as the chief of staff for the Chicago Teachers Union after holding various CTU posts over a 15-year period. A former newspaper reporter and editor, he also has been a teacher and/or administrator at elementary, secondary, community college, and university levels. E-mail him at [email protected].