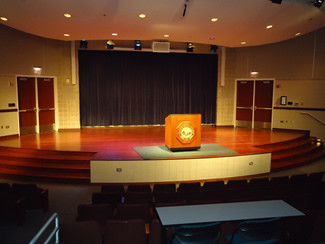 The 75-minute abridged version of William Shakespeare’s original play is directed by Marti Lyons. The show will be followed by a question and answer session with the cast. The production is supported by the PSC Foundation and the Division of Academic Affairs.

Tickets are $5 for PSC students and employees or $10 general admission, and will be sold before the event and at the door the morning of the performance.

CST produces award-winning plays on their home stage on Navy Pier, as well as throughout Chicago’s schools and neighborhoods and on stages around the world. The company has been honored with numerous national and international awards, including the Regional Theater Tony Award, three Laurence Olivier Awards, and seventy-seven Joseph Jefferson Awards. CST was the 2012 recipient of the Folger Shakespeare Library’s national Shakespeare Steward Award for innovative teaching of Shakespeare in American classrooms.

“This is some of the best Shakespeare theater available in world, right here on the PSC campus,” said Justin Vidovic, associate professor of English and Liberal Arts at PSC.

Previous articleUnemployment Rate Declines to 4.5 Percent in March 2017; Payroll Employment Edges Up by Only 98,000
Next articleSyria: As United States Responds Militarily to Chemical Attack, UN Urges Restraint to Avoid Escalation