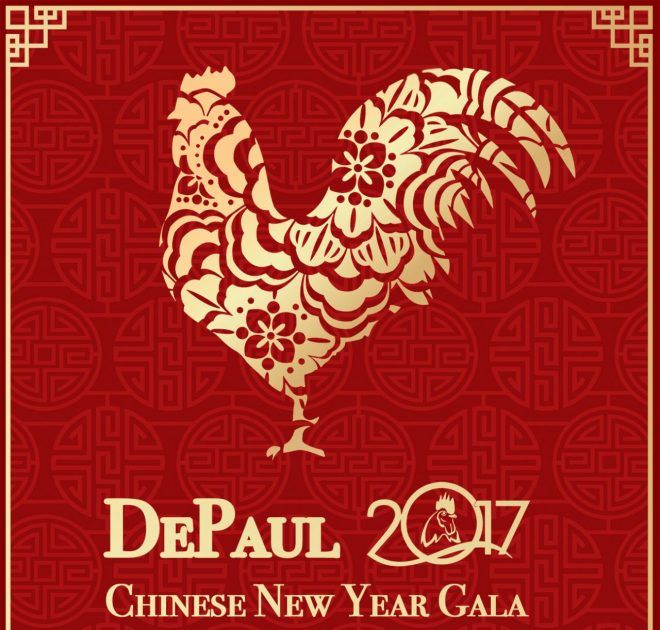 Jan. 27 event to be held on Lincoln Park Campus

CHICAGO –(ENEWSPF)–January 12, 2017.  For the ninth consecutive year, DePaul University is set to celebrate the Chinese New Year with a gala that features authentic Lunar New Year food and cultural performances to welcome the Year of the Rooster.

The gala, which is free and open to the public, will be held from 6-9 p.m. Jan. 27 at the student center, Room 120, on the university’s Lincoln Park Campus, 2250 N. Sheffield Ave. Online reservations are required for attendance. Interested individuals can RSVP at http://bit.ly/DPU_rooster.

“The Lunar New Year is not only celebrated by Chinese people, but by many people around the world,” said Li Jin, an associate professor and director of DePaul’s Chinese Studies program. “Some of our hopes with this gala are to connect members of the community through a shared interest, build a connection between DePaul and the city of Chicago, and showcase DePaul as an international university.”

More than 1,100 Asian students were enrolled at DePaul during the 2016 fall semester, with over 700 coming to Chicago from China.

This year’s gala will provide an immersive experience with performances and interactive opportunities to honor Chinese New Year traditions. Traditional and modern performances will be given by DePaul students and guests from the Chicago community.

This year’s highlights include music collaborations between DePaul students enrolled in Chinese language classes and international students from China. There will also be a traditional xiangsheng, or Chinese cross-talk, between professional Chinese performers and DePaul students who are taking advanced-level Chinese language classes. All performances are bilingual. In addition, the gala will include a traditional lion dance.

About the Year of the Rooster

Individuals born in the Year of the Rooster are considered loyal, punctual and charming, said Jin. Those born specifically in a fire rooster year are said to have minds that are more willing to take a risk or be quick tempered, she added.

Unfortunately for individuals born in the Year of the Rooster, the year of one’s birth animal is considered the unluckiest during the 12-year cycle, said Jin. Therefore, roosters should be more careful and practical in 2017, she continued.

To offset some of that unluckiness, however, attendees to the gala who were born during the rooster lunar year can present a photo ID for an opportunity to win a Year of the Rooster gift.