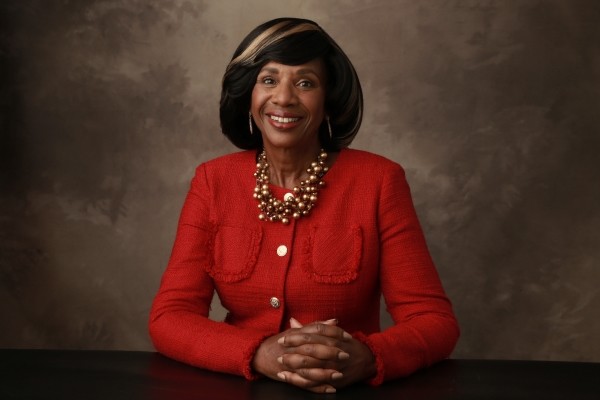 CHICAGO —(ENEWSPF)–May 2, 2017.  DePaul University College of Law will hold its commencement ceremony May 14, when an estimated 240 students will receive their Juris Doctors or Master of Laws degrees. Paulette Brown, immediate past president of the American Bar Association, will address the graduating class and receive an honorary degree of Doctor of Humane Letters.

The Rev. Dennis H. Holtschneider, C.M., president of DePaul, will confer the degrees in a ceremony scheduled to begin at 1:30 p.m. at the Rosemont Theater, 5400 N. River Road, Rosemont. Those unable to attend may watch a live stream of the event at http://bit.ly/DePaulGrad2017.

Among the Class of 2017 is Corey Celt, who will address his fellow students at commencement. Celt served as Student Bar Association President at DePaul. He is from Commack, New York, and holds an undergraduate degree in journalism from Indiana University, Bloomington. Upon graduation, Celt will be studying for the New York Bar Exam and beginning a clerkship with the United States Department of Justice.

Paulette Brown brings visibility to women of color in law
Brown made history as the first woman of color to serve as president of the 400,000-member American Bar Association. As a young lawyer, Brown worked her way up to become the in-house counsel for several Fortune 500 companies, including National Steel Corporation, Prudential Insurance Company of America, Inc., and Buck Consultants. She later opened her own law firm, focusing on employment, civil rights and product liability law, and served as a municipal court judge.

In 2005, Brown joined Edwards & Angell — now Locke Lord LLP — as a partner. She remains there today and co-chairs the firm’s diversity and inclusion committee. In the midst of her professional success, she devotes time to bringing attention to diversity issues within the legal profession. Before serving her historic term as president of the ABA from 2015-16, Brown held a variety of influential positions within the association. She served on the Commission on Women in the Profession and co-authored “Visible Invisibility: Women of Color in Law Firms,” which became a tool for law firm partners to help retain women of color and to steward their careers toward leadership levels within organizations.

Brown will be introduced by Jennifer Rosato Perea, dean of the college.

College of Law alumni top ‘Super Lawyers’ list in Illinois
Since its establishment in 1912, the College of Law has graduated more than 19,500 students. DePaul law graduates have gone on to become highly skilled, committed and vigorous leaders of the bar, bench and business industries. Alumni include numerous state and federal judges, three Chicago mayors and managing partners of dozens of major law firms.

DePaul has had the most alumni recognized by Illinois Super Lawyers for the past eight years. In the 2017 edition, 287 were listed, with 11 in the top 100, and two in the top 10.

Its rich history of quality education, access and diversity has long set the College of Law apart. DePaul was among the first law schools in Illinois to admit historically excluded groups including women and Jewish students.

The college is home to distinguished centers and institutes that are dedicated to teaching, research, advocacy, and public education and engagement across a wide range of disciplines. Distinctive educational opportunities for students include joint degrees, certificate programs and experiential learning taught by 35 full-time faculty members who are all accomplished attorneys.

In its 2018 rankings, U.S. News and World Report places DePaul’s Health Law program in the top 15 in the nation, and the Intellectual Property program is in the top 25.

119th Commencement
This spring marks the 119th commencement for DePaul University. Ceremonies for DePaul’s nine other colleges and schools are scheduled for June 10 and 11. For additional information, including a list of speakers and honorary degree recipients, visit http://depaulne.ws/Speakers17.

DePaul was founded in Chicago in 1898 by the Congregation of the Mission (Vincentians), a Roman Catholic religious community dedicated to following the ideals of St. Vincent de Paul, the 17th century priest for whom the university is named. DePaul’s tradition of providing a quality education to students from a broad range of backgrounds, with particular attention to first-generation students, has resulted in one of the nation’s most diverse student bodies. More information is at www.depaul.edu.