Holtschneider Center for Music and Performance slated to open in 2018 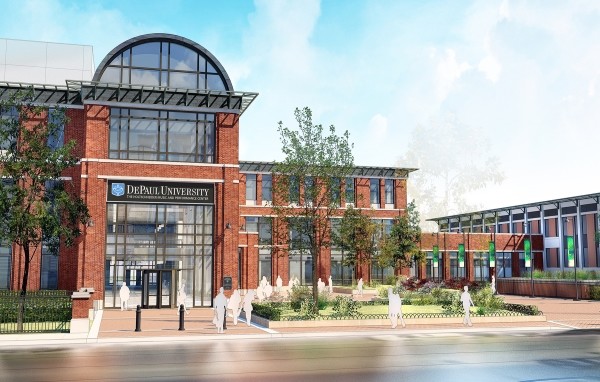 The Holtschneider Center for Music and Performance is slated to open in spring of 2018 on DePaul University’s Lincoln Park Campus. (Image courtesy of Antunovich Associates)

CHICAGO —(ENEWSPF)–May 22, 2017.  DePaul University’s new School of Music building will be named for its outgoing president, the Rev. Dennis H. Holtschneider, C.M., who served in the role for 13 years. The Holtschneider Center for Music and Performance is slated to open in spring of 2018 on the Lincoln Park Campus. DePaul’s board of trustees also named Holtschneider as the university’s next chancellor. 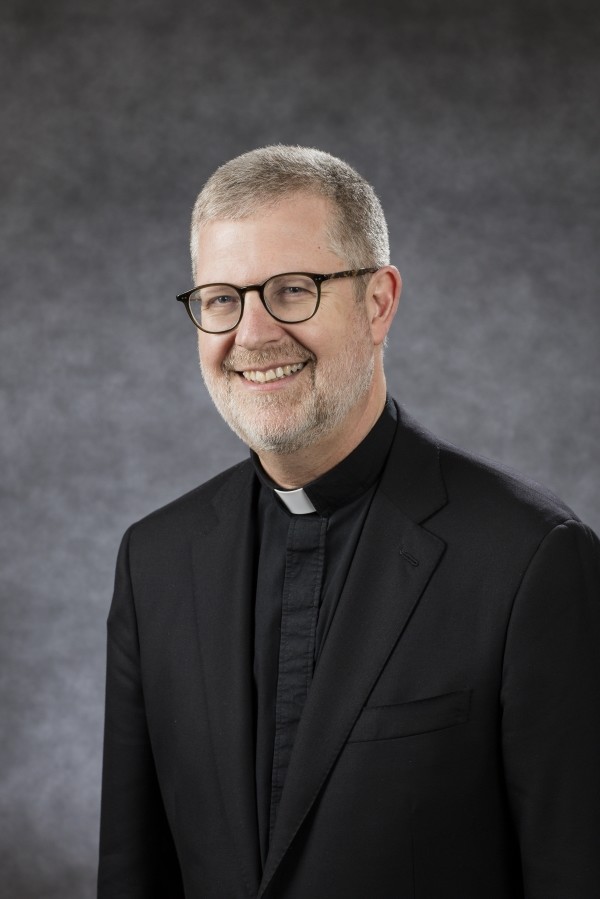 The Rev. Dennis H. Holtschneider, C.M., has served as DePaul’s president since 2004 and announced his decision to step down in June 2016. The board has named Holtschneider as the university’s next chancellor. (DePaul University/Jeff Carrion)

“DePaul University has benefited tremendously from Fr. Holtschneider’s leadership and vision. Among the many initiatives he undertook, DePaul is on the verge of completing a building campaign that transformed our Lincoln Park and Loop campuses,” said Bill Bennett, chair of the DePaul board of trustees. “In recognition of Fr. Holtschneider’s appreciation for all things musical, the new music building will be named in his honor.”

The board also announced that DePaul’s College of Liberal Arts and Social Sciences will receive funding to establish the Holtschneider Endowed Chair in Vincentian Studies. DePaul was founded in Chicago in 1898 by the Congregation of the Mission, known as the Vincentians. This Roman Catholic religious community is dedicated to following the ideals of St. Vincent de Paul, the 17th century priest for whom the university is named.

Naming the music building
Construction on the new music building started in late 2015. The 185,000 square-foot building, located on the west side of North Halsted Street between Fullerton and Belden avenues, will feature a concert hall, two recital halls and a jazz hall, as well as teaching studios and rehearsal spaces. Led by the contractor Bulley & Andrews, construction crews recently completed the concrete superstructure on top of the building’s foundation, allowing interior work to further progress. The university is on schedule to complete the first phase of construction in spring 2018.

A second phase will renovate the present building on Halsted and Fullerton into teaching studios, administrative and faculty offices, as well as additional student support space. In addition, the redesign of the Concert Hall on Halsted and Belden will create a 160-seat venue for opera and vocal performances. Centered between the two, the Holtschneider Center for Music and Performance will join a long list of DePaul buildings named in honor of past presidents, including the John T. Richardson Library and John R. Cortelyou Commons.

“Our students will soon learn in a state-of-the-art facility designed to meet and inspire their musical gifts and match the extraordinary talents and abilities of our faculty,” said Ronald Caltabiano, dean of the School of Music. “We will always be grateful to Fr. Holtschneider for his broad and effective commitment to music and all the arts. Naming the building for him is the perfect way to honor his legacy.”

Dedication to Vincentian scholarship
Under Holtschneider’s leadership, DePaul has become the preeminent center in the world for research focused on the history and spirituality of the Vincentian tradition. From the early days of his presidency, Holtschneider made it a strategic priority to elevate and expand interdisciplinary Catholic Studies at DePaul. In establishing the Center for World Catholicism & Intercultural Theology, he also placed the university among the thought leaders for the future of Catholicism. 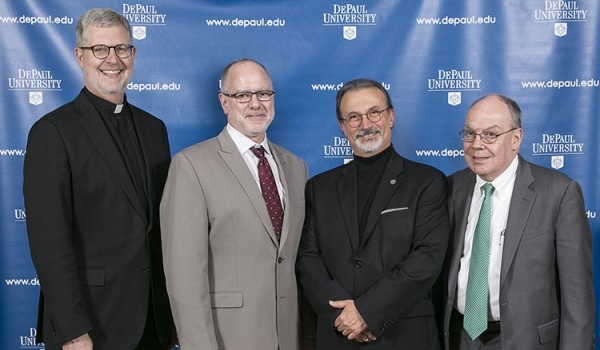 The fully endowed position will reside in the Department of Catholic Studies within the College of Liberal Arts and Social Sciences. The chair holder will be responsible for helping to develop the Vincentian Studies curriculum, supporting the work of the Vincentian Studies Institute, as well as continuing research as a distinguished Vincentian scholar.

Gerald Beeson, chief operating officer of Citadel and member of DePaul’s board, oversaw the capital campaign to create the Holtschneider Chair in Vincentian Studies. DePaul board members personally contributed the $2.5 million needed to establish the position, as well as $500,000 for the related Vincentian Studies endowment in the Office of Mission and Values.

“Through the generosity of DePaul’s board members, our university will gain one of the world’s preeminent scholars in Vincentian Studies,” said Guillermo Vásquez de Velasco, dean for the College of Liberal Arts and Social Sciences. “This esteemed faculty member will have the opportunity to shape a new generation of students, further enhancing our university’s Vincentian mission for decades to come.”

The university’s chancellor
As Holtschneider embarks on his next enterprise as the executive vice president and chief operations officer of Ascension, he will remain connected to DePaul.

The board of trustees elected to name Holtschneider as the university’s chancellor, effective July 1. The Rev. John T. Richardson, C.M., DePaul’s 9th president, will become chancellor emeritus for life. Richardson has served as chancellor since 1993.

“It is a longstanding tradition for the former university president to serve as chancellor of DePaul,” Bennett said. “We are happy to continue the university’s relationship with Fr. Holtschneider. We also remain incredibly grateful to Fr. Richardson for imparting his wisdom during his more than six decades of service to the university.”

Holtschneider has served as DePaul’s president since 2004. He announced his decision to step down in June 2016. On Feb. 16, the board of trustees announced A. Gabriel Esteban, Ph.D., will serve as DePaul’s 12th president. He takes on these responsibilities July 1.