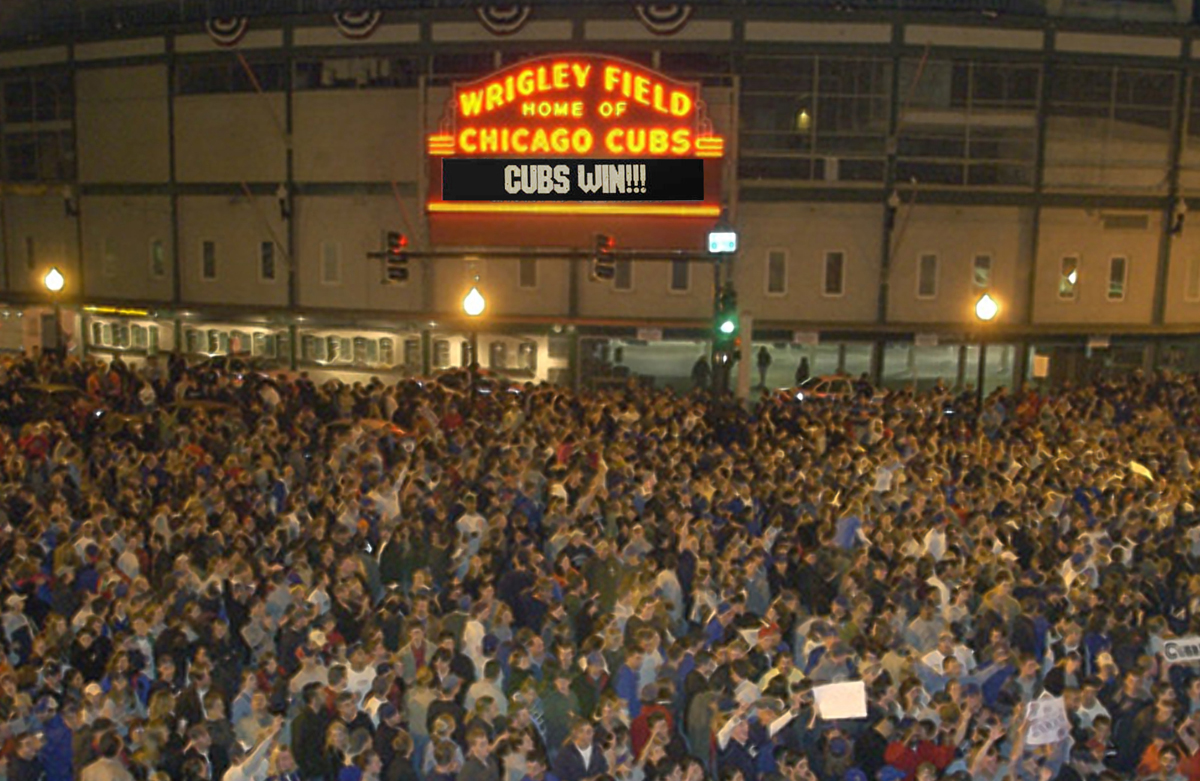 Fans Encouraged to Use Public Transportation and to Celebrate Responsibly

CHICAGO–(ENEWSPF)–November 3, 2016. Mayor Rahm Emanuel and the City of Chicago will celebrate the 2016 World Series Champion Chicago Cubs at a celebration rally in Grant Park on Friday, November 4, at noon, preceded by a downtown parade beginning at 11 am.

“The City of Chicago could not be more proud of the Cubs, and we are going to throw them – and their fans – a celebration worthy of the history the team made last night,” said Mayor Emanuel. “2016 is the year for the Cubs and the generations of fans who have been waiting to the fly the World Series W. Go Cubs go!”

PARADE ROUTE
The official parade route will start at approximately 11 a.m., leaving Wrigley at approximately 10 a.m., and will travel along Michigan Avenue between Oak St. and Ohio St. and then along Columbus Dr. between Monroe St. and Balbo Ave. Fans who want to catch the downtown parade are encouraged to see them along this route.

Fans are encouraged to view the parade at the following locations:

RALLY
A Celebration Rally will take place at Lower Hutchinson Field in Grant Park at approximately noon, when the motorcade arrives in Grant Park. The team will be joined by American Airlines, the presenting sponsor who is providing financial support for the day’s activities, and other Cubs Legacy Partners.

Closed water bottles will be allowed into the rally and food vendors will be on site.

The public should expect street closures surrounding the parade route starting as early as Friday at 4 am.

PUBLIC TRANSPORTATION
Officials are encouraging fans to use public transportation.

The Chicago Transit Authority (CTA) will offer additional service to customers traveling into the Loop on Friday Monday. Riders are advised to allow plenty of travel time due to street closures, traffic congestion and reroutes. CTA’s Red and Blue subway lines and Brown, Green, Pink and Orange elevated lines are the best option for Cubs fans heading downtown for the parade and rally.

Additional service will be provided on all eight rail lines following the morning rush period through midday. CTA buses will be detoured in the downtown area during the parade and as a result of street closures for the rally. Detailed service information is available at www.transitchicago.com.

To speed travel and reduce lines, customers are encouraged to buy fare cards in advance with sufficient value or to add enough value to their existing Ventra cards for their return trips later in the day.

Metra will use all available resources to add extra train service and capacity. Trains are expected to reach capacity on all lines and delays are expected. Metra is offering a one-day $5 unlimited ride ticket for tomorrow’s celebration and encouraging all passengers to purchase it in advance. Beginning this afternoon, the ticket will be for sale from ticket agents at all ticket windows, including all downtown and outlying stations, and through the Ventra App, available for download in the App Store and Google Play.