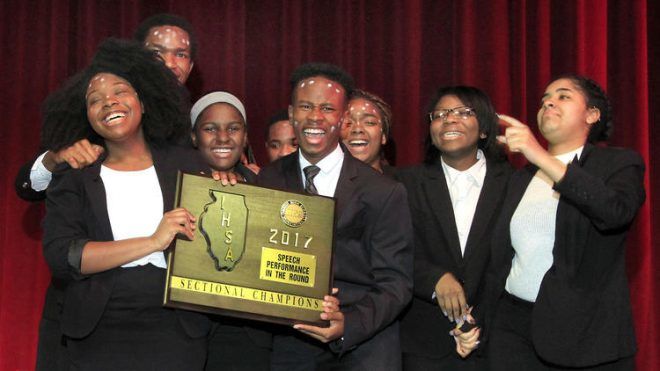 Will Compete in State Tournament February 17-18 in Peoria.

The school’s nine-member Performance in the Round group, who staged the African folk tale, “Anansi, the Spider,” placed first in the PIR event.  The piece was originated by the Ashanti people of present day Ghana and over the years spread through Africa.

Kapri Echols, a senior from Matteson, placed first in Poetry Reading with her reading of “Life According to Motown.”

The PIR group and Echols will compete in the IHSA State Speech competition in Peoria on February 17 -18 which draws competitors from schools throughout the state of Illinois.

Dr. Blondean Davis, Southland’s CEO, noted, “These are tremendous accomplishments by members of this seven-year-old school that is making a name for itself as a formidable speech and forensics contender.