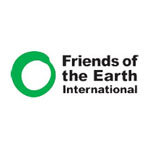 Donald Trump has made it clear that his America does not include the millions of Americans who fought to protect our land, water, sacred cultural sites and climate from dangerous pipelines. Trump has emphatically pledged his allegiance to the oil companies and Wall Street banks that stand to profit from the destruction of public health and the environment.

The movement to defend Indigenous rights and keep fossil fuels in the ground is stronger than oil companiesâ€™ bottom line. Friends of the Earth and our allies will not give up the fight to stop Trumpâ€™s agenda and these destructive pipelines.

Background on the Keystone XL and Dakota Access pipelines:

Keystone XL would carry 830,000 barrels of dirty tar sands oil daily from Alberta, Canada to the Gulf of Mexico, along with the risk of spills and environmental destruction. The pipeline would traverse across six states and through forests, rivers, and areas that support Indigenous populations, farmers, and ranchers. When rejecting Keystone XL, President Obama said the pipeline would neither improve the economy nor energy security, and that we must transition to a clean energy economy.

The 1,168-mile Dakota Access pipeline would carry up to 450,000 barrels of fracked crude oil per day from North Dakota to Illinois, cutting through communities, farms, sensitive natural areas, and under the Missouri River, threatening the drinking water and ancestral lands of the Standing Rock Sioux Tribe. For months, thousands of Water Protectors camped on the banks of the Missouri River in North Dakota in a historic display of resistance to the pipelineâ€™s construction. Prior to leaving office, the Obama administration committed to an environmental review process to explore alternative routes for the pipeline.