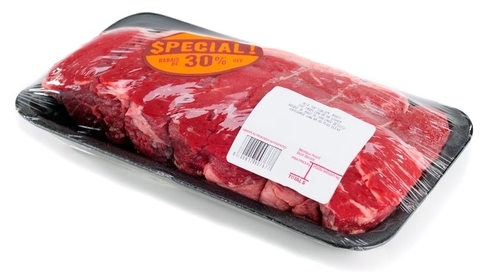 Consumers Have a Right to Know about their Food

Washington, DC–(ENEWSPF)–April 22, 2014. Yesterday, Center for Food Safety (CFS) and the Animal Legal Defense Fund (ALDF) filed an amicus curiae (“friend of the court”) brief with the District of Columbia Court of Appeals in support of the U.S. Department of Agriculture (USDA)’s Country of Origin Labeling (COOL) rule. The nonprofits argue that USDA’s rule is constitutional, otherwise legally valid, and good for consumers.

“Consumers want basic information about how their food is produced. Congress and USDA have responded by creating a legally valid labeling standard which informs consumers about where their meat comes from. We are watching transnational corporations challenge those laws in order to keep consumers in the dark. Fortunately, the law is on the side of the consumers,” said George Kimbrell, senior attorney with Center for Food Safety.

“Time and again, consumers have demonstrated that they want to be able to factor in information about animal welfare when making food choices,” says Stephen Wells, executive director of the ALDF. “Meanwhile, the meat industry tries to hide its treatment of animals by attempting to move in the direction of less transparency, rather than more.”

In 2002 and 2008, the United States Congress directed USDA to enact mandatory COOL rules. USDA drafted the rules in 2009 but did not finalize them until 2013. Livestock groups and meat manufacturers lobbied Congress to repeal the rules in the 2014 Farm Bill but were unsuccessful. In response, the American Meat Institute (AMI), a trade association representing meat packers and processors, sued USDA over the rules in 2014, arguing that the COOL rules violate free speech protections. They requested an injunction to stop the rules from going into effect.

A federal district court and an appeals court both denied AMI an injunction, in part because they decided that the COOL rules likely pass muster under the First Amendment. However, due to the important nature of this case, the full court of appeals is now reviewing those previous judicial decisions. Oral arguments in that case are scheduled for May 19, 2014.

“The food movement has fought tirelessly for Country of Origin Labeling for over a decade and yet the industry continues to do anything it can to gut or repeal it in Congress and in the courts,” said Colin O’Neil, director of government affairs for Center for Food Safety. “Farmers and consumers want COOL and we’re here to defend this common sense policy.”