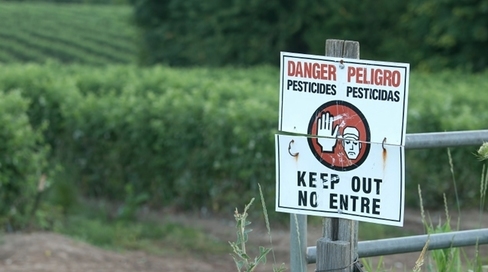 Over 130,000 people call for more rigorous oversight and labeling

WASHINGTON, DC —(ENEWSPF)–November 16, 2015.   Late Friday, over 130,000 individuals, along with leading environmental, food safety, and farmer groups, submitted comments calling for an overhaul of the U.S. government system regulating genetically engineered (GE) plants and animals. Known as the Coordinated Framework for Regulation of Biotechnology, the existing guidelines were put together in 1986, prior to commercialization of GE crops, by combining an array of preexisting, non-binding regulatory statutes. As such, the Framework has failed to prevent numerous economic and environmental harms resulting from GE crops and the pesticides designed to accompany them—and has exposed consumers and growers to unlabeled, untested products. In July, the Obama Administration called for a review of the Framework, opening up a series of public comment periods.

The following statements reflect the sentiments of the public:

“To this point, U.S. regulation of genetically engineered (GE) organisms has been an unmitigated failure. In sharp contrast with much of the rest of the world, the U.S. has prioritized the rapid commercialization of genetically engineered organisms over core governmental duties, such as protection of public health, the environment and the interests of agriculture. This negligence must end,” said George Kimbrell, senior attorney at Center for Food Safety.

“U.S. rules meant to oversee genetically engineered crops are not only failing, but threatening farmers and communities across the country. Over the past twenty years, the unchecked expansion of genetically engineered crops has led to hundreds of millions of additional pounds of pesticides that wind up in our air and water, as farmers remain trapped on an ever-accelerating pesticide treadmill,” said Marcia Ishii-Eiteman, senior scientist at Pesticide Action Network.

Jim Goodman, a Wisconsin beef and dairy farmer, noted, “Forced public acceptance and rapid commercialization of GE organisms has been the clear priority of all branches of the government, publicly funded universities and the agricultural industry. Working hand-in-hand they have succeeded in making any meaningful regulation of GE organisms, for all practical purposes, a joke.”

“Mandatory safety and environmental assessments are critical before engineered organisms leave the lab and end up on our plates or in the environment,” said Dana Perls, food and technology campaigner with Friends of the Earth. “Broken GMO regulations must be overhauled to put the health of people and the environment ahead of chemical and agribusiness interests. The new regulations must also address rapidly changing genetic engineering techniques, such as synthetic biology, that are entering the market and environment ahead of our ability to ensure their safety.”

“The Coordinated Framework is not equipped to handle the risks associated with GE foods already on the market, let alone what’s coming down the pike,” said executive director of Food & Water Watch, Wenonah Hauter. “New GE organisms like algae and insects could slip through the cracks of our current regulatory system.  Without a massive overhaul of the process, new and risky GE plants and animals will enter the marketplace without anyone understanding or tracking their impacts on human safety and the environment.”

“The U.S. should enact the same common-sense regulations that protect consumers, farmers and the environment in other countries: safety-testing, labels and restrictions on how and where GMO crops may be grown,” said Alexis Baden-Mayer, Esq., political director at Organic Consumers Association.

“The current regulatory system fails to take into account the environmental impact and externalities of genetically engineered crops and animals,” said Todd Larsen, executive co-director, Green America. “It is high time that the USDA implement a system that truly addresses the long-term environmental and human health impacts of the growth and consumption of GE crops.”

“Current regulations on genetically engineered foods are hopelessly outdated,” said Dave Murphy, founder and executive director of Food Democracy Now! “Since the 1980s, when these rules were originally written, scientists have discovered numerous modern scientific techniques that have properly identified the real risks that these novel gene proteins pose to human health and the environment. The American public deserves updated regulations that include proper safety testing standards and mandatory labeling of GMOs to provide basic transparency in the marketplace.”