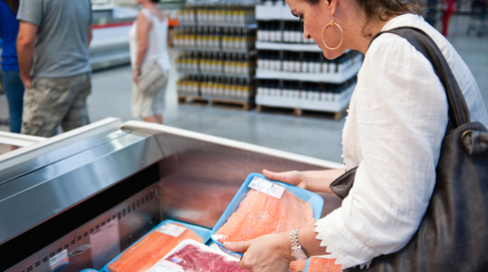 WASHINGTON, DC—(ENEWSPF)–February 2, 2016.  The Food and Drug Administration (FDA) announced Friday it would block all imports of AquaBounty’s recently approved genetically engineered (GE) salmon until the agency had determined how to label the novel product. The agency approved the salmon in October without any mandatory labeling indicating that the product is engineered with DNA from another species. In December’s congressional spending bill, Alaska Senator Lisa Murkowski succeeded in including a provision directing the agency to develop a label for the GE salmon. Now the agency must act on that directive in order to better inform consumers about the product they are buying.

“This GE salmon should not have been approved in the first place. But thanks to the efforts of Senator Murkowski, along with millions of Americans who have voiced their opposition, the FDA is finally addressing at least one of the primary concerns with this product,” said Jaydee Hanson, senior policy analyst at Center for Food Safety. “In addition to fixing the labeling issue, FDA should use this time to re-evaluate its entire approval, which failed to fully assess the potential for environmental and economic damage to native salmon stocks and the communities who rely on them.”

AquaBounty plans to produce the GE salmon eggs on Prince Edward Island, Canada and then grow them to market-size in a facility in Panama, where they would be processed into fillets, and then shipped to the U.S. for sale. Consumers concerned about their personal health or environmental impacts may not be able to avoid the fish.While 9,000 grocery stores and numerous restaurants have vowed not to sell the GE fish, lack of labeling laws mean that average consumers will not have a choice.

“In addition to imports in the U.S., FDA should also be sure to block shipments of eggs from the Prince Edward Island facility to Panama,” added Hanson.

In approving the AquaBounty transgenic salmon, FDA ignored millions of Americans and more than 40 members of Congress who have expressed vocal opposition. FDA also neglects the concerns of more than 300 environmental, consumer, health and animal welfare organizations, salmon and fishing groups and associations, food companies, chefs and restaurants.

For more on the environmental and health risks of genetically engineered salmon, see HERE.