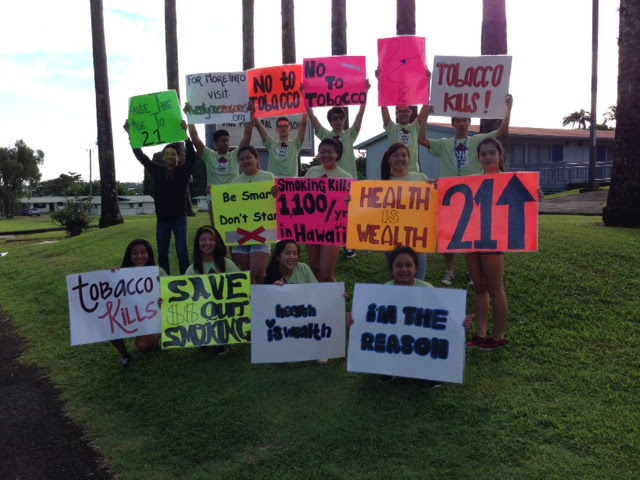 HAWAII—(ENEWSPF)—June 19, 2015. Today, with the stroke of Governor David Ige’s pen, Hawaii has become the first state in the nation to raise their tobacco sales age to 21. This courageous step in the face of a powerful tobacco lobby represents a milestone for tobacco prevention and public health efforts. The passage of Tobacco 21 in Hawaii will result in thousands of lives and millions of dollars saved.

For the first time in decades the 2014 National Youth Tobacco Survey has shown an increase in overall adolescent tobacco use, due to the proliferation of unregulated alternatives to conventional cigarettes, such as e-cigarettes, vaporizers, small cigars, and hookahs. Fortunately this year also saw the release of a monumental 360 page report from the FDA and the prestigious Institute of Medicine elucidating the potential public health benefits of raising the tobacco age to 21.  These include substantial declines in initiation to tobacco, premature deaths, SIDS cases, and overall tobacco prevalence.  The report estimates that just among children alive today, adopting age 21 nationally would save 4.2 million years of life.

Rob Crane, MD, associate professor of Family Medicine at Ohio State University agrees, “Age 21 isn’t just logical.  The primary sources of cigarettes to underage teens are legal buyers age 18-21.  Limiting those social sources has been shown to drop high school smoking by half.”  Dr. Crane, who is the president of the Preventing Tobacco Addiction Foundation goes on to state, “What Hawaii is saying is ‘we’re going to give our kids a little more time to mature before opting for a lifetime of addiction and illness.’ It’s a bold step and they are to be commended.”

Tobacco use claims 1,400 lives in Hawaii every year, and costs its citizens over $900 million in extra health care expenditures and lost productivity every year.  Before this legislation 21,000 children alive today in Hawaii were predicted to die prematurely due to tobacco use. Legislators have made the historic decision to lessen the toll of tobacco in Hawaii, and alter this tragic trajectory by simply implementing Tobacco 21.

The success at the state level in Hawaii is the result of a dedicated effort at the local level by council members in Oahu and the Big Island, as well the Coalition for a Tobacco Free Hawaii and the inspirational youth led “21 Reasons” movement. Hawaii joins over 80 municipalities nationwide that have raised their tobacco age to 21, protecting over 12 million people.