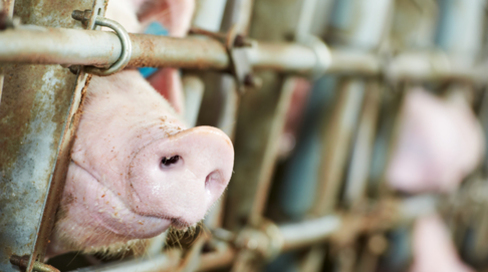 SAN FRANCISCO–-(ENEWSPF)–November 6, 2014.  Center for Food Safety, the Center for Biological Diversity and Sierra Club today filed a lawsuit against the U.S. Food and Drug Administration for approving several controversial animal drugs used in food production without fully examining how they affect people, animals and the environment. The controversial drug ractopamine is fed to pigs, cattle and turkeys to cause rapid weight gain. An estimated 60 percent to 80 percent of pork sold in U.S. supermarkets comes from pigs treated with the drug. The lawsuit challenges the FDA’s approval of 11 ractopamine-based drugs without first analyzing the environmental and public health risks of their use.

“FDA is basing controversial drug approvals on incomplete and inadequate environmental analyses,” said Paige Tomaselli, senior attorney for Center for Food Safety. “These drugs in our food supply impact the environment, thousands of farm workers, millions of consumers, and billions of animals. FDA cannot continue to abdicate its responsibility to do its job.”

Ractopamine mimics stress hormones causing pigs, cattle and turkeys to convert feed to muscle more quickly. It is connected to “downed” animals, muscular tremors, cardiovascular dysfunction and increased aggressive behavior in animals. The European Union, China and Russia have all banned U.S. pork from pigs that have been fed ractopamine. About 20 percent of pork products tested in the United States had traces of the drug, but its effect on humans has not been well studied. The drug’s primary human health study, conducted on just six healthy men, caused heart pounding in three of the men so severe that one of them had to be withdrawn from the study.

The FDA first approved ractopamine for pigs in 1999. Despite its widespread use, the FDA has never proven that ractopamine is safe for the environment, animals or people. For eight of the drugs, the FDA conducted no environmental analysis at all. For the last, the agency relied upon a cursory environmental assessment developed by the pharmaceutical industry, but never took a broad look at public health and environmental impacts including the drug’s effects on threatened and endangered species.

The FDA has also failed to analyze the impacts of ractompanine used in combination with antibiotics and hormones, also heavily used in livestock and poultry production. Widespread antibiotic use in the livestock industry has been linked to public health problems by increasing bacteria that are resistant to antibiotics and decreasing the effectiveness of antibiotics in people.

Today’s lawsuit, filed under the National Environmental Policy Act and Administrative Procedures Act, asks the court to set aside FDA’s unlawful approvals and calls on FDA to issue more thorough environmental analyses for these drugs.

“These animal drugs are leaching into our waterways, contaminating our wildlife and water supplies, and are toxic to imperiled species,” said Jonathan Evans of the Center for Biological Diversity. “It’s time for the FDA to stand up for the public and environment and stop rubber-stamping industry approvals of these dangerous animal drugs.”

Animals excrete ractopamine as manure, which livestock producers then spray onto fields or store in giant lagoons. When producers over-apply this ractopamine-contaminated manure, or a manure lagoon leaks or ruptures, it can spill into the environment, threatening plants and wildlife.

Ractopamine is used in areas throughout the country that are home to at least 98 threatened and endangered species. Yet despite the drug’s apparent toxicity to plants and aquatic organisms, the FDA has never investigated the full effects the drug has on these species.