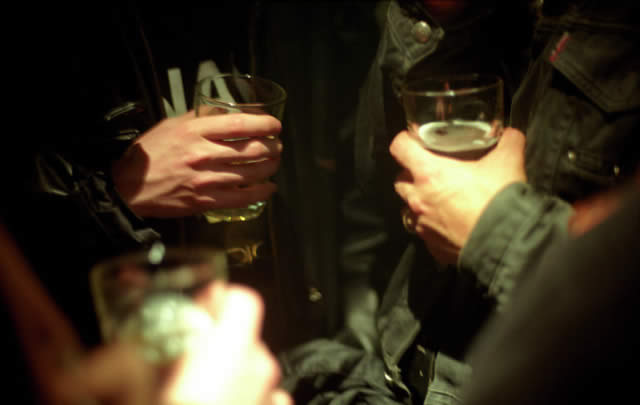 A few weeks ago, the Centers for Disease Control and Prevention (CDC) released the results of a survey about the extent to which problems with alcohol equate to substance use disorders (the “official” term now given to diagnosable problems with drinking) or “alcoholism.” In this Pro Talk piece I will outline the most important findings of that survey, as I see them, and detail what I think are the implications of these findings for both treatment providers and our patients.

The study, which was published on November 20, 2014, analyzed data from more than 138,000 individuals provided in three separate years (2009-2011) as a part of the federal government’s National Survey on Drug Use and Health (NSDUH). This survey is conducted annually to get a snapshot of the prevalence of various kinds of substance use and the diagnosable disorders that result from that use. The CDC study, because it used cumulative data from three years of the NSDUH, is probably the largest study of its kind ever published, and because the size of the group studied is so large, these results are very likely a highly accurate picture of problem drinkers in the United States.

Using the diagnostic criteria from the American Psychiatric Association’s Diagnostic and Statistical Manual of Mental Disorders, Fourth Edition (DSM-IV), the CDC scientists were able to determine the percentage of responders to the NSDUH who met criteria for the diagnosis of “alcohol dependence.” This diagnosis is largely (though not completely) equivalent to the non-technical lay term “alcoholism.” (Note: With the publication of the Fifth Edition of the DSM, the diagnosis of “dependence” is no longer used. It has been replaced by a new diagnosis—Substance Use Disorder, Moderate—which requires that the individual show the same number of symptoms of problems as did the DSM-IV diagnosis of “dependence.”) The results of the study were very clear—90 percent of people who responded to the NSDUH questions identifying their drinking as “excessive” (defined as a per occasion consumption of more than four drinks for men, more than three drinks for women)—did not qualify for a DSM-IV diagnosis of Alcohol Dependence, and were therefore, not alcoholics!

Alcoholism is Not Only Heavy Drinking! 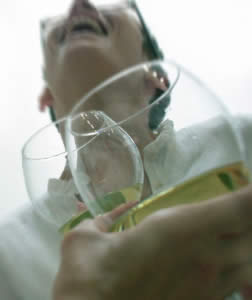 “Alcoholism” is a term that has largely disappeared from the professional vocabulary, but is still very much used by the general public and the media. In most cases, both the public and the media tend to equate “alcoholism” with heavy drinking, usually drinking that blatantly creates at least some problems for the individual drinker or those around them. However, when it comes to deciding who requires treatment for problems related to alcohol, it is not unusual to hear a need for treatment and the terms “alcoholic” or “alcoholism” mentioned in the same breathe. The question that must be addressed, both by patients seeking treatment and those providing it is, “how serious is this drinking problem, and what kind of treatment is most likely to be helpful to this person?”

The question that must be addressed, both by patients seeking treatment and those providing it is, ‘how serious is this drinking problem, and what kind of treatment is most likely to be helpful to this person?’ -FREDERICK ROTGERS

In my practice, I frequently am asked to evaluate individuals who are drinking in ways that have created occasional, albeit significant, problems in their lives. Perhaps they have been cited for driving while intoxicated, or have consumed too much alcohol at a party and become boisterous and belligerent, or perhaps they drink regularly in a context in which people around them drink far less than they do. As a result of the public and media’s equation of drinking quantity (e.g. how much the individual drinks) with the disorder of “alcoholism,” it is not uncommon for me to conclude, after careful evaluation, that the individual I am examining does not suffer from a diagnosable disorder, despite the fact that they are drinking in quantities that are potentially harmful to their health. 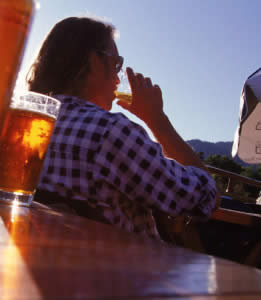 It is also not uncommon to find that many of these people are subsequently admitted to treatments designed primarily for people who suffer from serious Alcohol Use Disorders (defined in the DSM-5 as meeting six or more of the nine criteria for the diagnosis), even though these individuals’ problems with drinking have been very intermittent or they have been identified as potential problem drinkers by someone who, without clear knowledge of what actually constitutes heavy or problem drinking (often a spouse, friend, or employer), has observed the patient drinking more than they “should.”

This process often results in referrals to intensive and expensive treatments for people who could have been treated in a less intensive or expensive fashion with positive outcomes. -FREDERICK ROTGERS

This process often results in referrals to intensive and expensive treatments for people who could have been treated in a less intensive or expensive fashion with positive outcomes. It also often results in these individuals being told by treatment providers that they “must” attend 12-step meetings (which were originally designed for people whose drinking placed them well into the “Severe” range of Alcohol Use Disorder as defined in the DSM-5), and to accept the pejorative (to the public and media) label of “alcoholic,” a stigmatizing label that, should it become public, often carries negative implications for employment, getting life insurance and other important aspects of the person’s life.

Treatment Implications of the CDC Findings

So, what does this mean for people who are concerned about their own or someone else’s drinking, and for treatment providers? Treatment providers may be a bit nervous about this finding as it seems to reduce the numbers of people who might need the kind of intensive and extensive, typically 12-step focused, treatments most commonly used in the United States. In fact, I believe we providers should be nervous. In my experience programs and providers specializing in treating alcohol problems frequently over-diagnose those problems, and apply terms like “alcoholic” or “alcohol dependent” to many clients whose drinking-related problems are not nearly that severe.

This is not a new problem as is shown by a wonderful study on who gets diagnosed as “alcoholic” published in 1983 by Joel Hansen and Chad Emrick in the Bulletin of the Society of Psychologists in Addictive Behavior.

Hansen and Emrick sent five “undercover” confederates to six treatment agencies in the Denver, CO area (interestingly, these agencies were selected on the basis of their aggressive marketing efforts!). The confederates expressed concern about their drinking, but presented with none of the symptoms of alcohol dependence. The findings are startling, especially in light of the recent CDC study. Twenty-nine evaluations of the confederates resulted in 17 diagnoses of “alcoholic,” with treatment recommended for these “patients” in 14 of the 17 cases! Nine of those treatment recommendations were for inpatient treatment! Three of these patients were told they should attend AA meetings!

The bottom line, as I see it is that we in the treatment world need to be careful to follow diagnostic procedures as precisely and accurately as possible. This means asking the questions needed to determine if the criteria for an Alcohol Use Disorder are actually met (and being fully knowledgeable about what those criteria are and how they should be applied!). Patients, you need to be aware that not every concern about your drinking means you are in need of treatment, particularly not intensive outpatient or inpatient treatment, and certainly not an imposed goal of abstinence or attendance at any self-help support group.

There are a number of effective approaches that are far less intensive and expensive (but certainly less profitable for providers!) that have extensive research evidence for their effectiveness. Seek them out! And if they are not offered, ask about them. What are they? I’ll review a couple in my next Pro Talk piece. Have a Happy New Year everyone!

Frederick Rotgers is a Licensed Psychologist and Licensed Clinical Alcohol and Drug Counselor in New Jersey. He earned his doctorate in Clinical Psychology from the Rutgers Graduate School of Applied and Professional Psychology, where he is currently an adjunct faculty member. [more]

Reproduced with permission from http://www.rehabs.com/