No Safe Level of Smoking: Even low-Intensity Smokers are at Increased Risk of Earlier Death 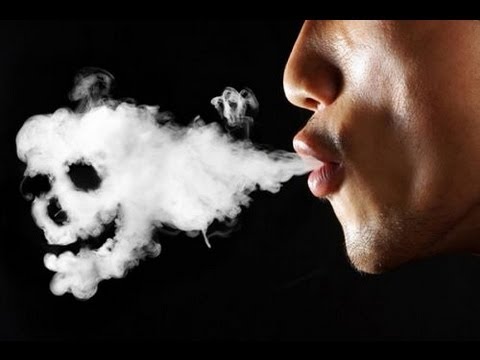 Bethesda, Maryland–(ENEWSPF)–December 5, 2016. People who consistently smoked an average of less than one cigarette per day over their lifetime had a 64 percent higher risk of earlier death than never smokers, and those who smoked between one and 10 cigarettes a day had an 87 percent higher risk of earlier death than never smokers, according to a new study from researchers at the National Cancer Institute (NCI).  Risks were lower among former low-intensity smokers compared to those who were still smokers, and risk fell with earlier age at quitting. The results of the study were reported Dec. 5, 2016, in JAMA Internal Medicine. NCI is part of the National Institutes of Health.

When researchers looked at specific causes of death among study participants, a particularly strong association was observed for lung cancer mortality. Those who consistently averaged less than one cigarette per day over their lifetime had nine times the risk of dying from lung cancer than never smokers. Among people who smoked between one and 10 cigarettes per day, the risk of dying from lung cancer was nearly 12 times higher than that of never smokers.

Smoking has many harmful effects on health, which have been detailed in numerous studies since the U.S. Surgeon General’s 1964 report linking smoking to lung cancer. The health effects of consistent low-intensity smoking, however, have not been well studied and many smokers believe that low-intensity smoking does not affect their health.

To better understand the effects of low-intensity smoking on mortality from all causes and for specific causes of death, the scientists analyzed data on over 290,000 adults in the NIH-AARP Diet and Health Study. Low-intensity smoking was defined as 10 or fewer cigarettes per day. All participants were age 59 to age 82 at the start of the study.

Participants were asked about their smoking behaviors during nine periods across their lives, beginning with before they reached their 15th birthday until after they reached the age of 70 (for the older participants). Among current smokers, 159 reported smoking less than one cigarette per day consistently throughout the years that they smoked; nearly 1,500 reported smoking between one and 10 cigarettes per day.

The study relied on people recalling their smoking history over many decades, which introduced a degree of uncertainty into the findings. Also, despite the large number of people surveyed, the number of consistent low-intensity smokers was relatively small.

Another limitation of the study is that the participants were mostly white and in their 60s and 70s, so the smoking patterns collected in the study reflect only a particular set of age groups in the United States. Future studies among younger populations and other racial and ethnic groups are needed, particularly as low-intensity smoking has historically been more common among racial and ethnic minorities in the US. The study also lacked detailed information about usage patterns among participants who reported smoking less than one cigarette per day. Hence, the researchers could not compare the effects of smoking every other day, every few days, or weekly, for example.

“The results of this study support health warnings that there is no safe level of exposure to tobacco smoke,” said Maki Inoue-Choi, Ph.D., NCI, Division of Cancer Epidemiology and Genetics, and lead author of the study. “Together, these findings indicate that smoking even a small number of cigarettes per day has substantial negative health effects and provide further evidence that smoking cessation benefits all smokers, regardless of how few cigarettes they smoke.”

About the National Cancer Institute (NCI): NCI leads the National Cancer Program and the NIH’s efforts to dramatically reduce the prevalence of cancer and improve the lives of cancer patients and their families, through research into prevention and cancer biology, the development of new interventions, and the training and mentoring of new researchers. For more information about cancer, please visit the NCI website at cancer.gov or call NCI’s Cancer Information Service at 1-800-4-CANCER.