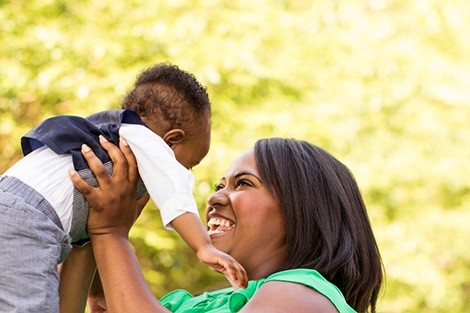 Many women, particularly those covered under Medicaid or the Children’s Health Insurance Program, may lose access to prenatal and postpartum care

Boston, MA –(ENEWSPF)–April 4, 2017.  A high percentage of women in the U.S. move in and out of health insurance coverage—sometimes referred to as ‘churn’—in the months before and after childbirth, according to a new study from Harvard T.H. Chan School of Public Health. Low-income women experience the brunt of these insurance disruptions, which cause coverage gaps that can lead to adverse health outcomes.

The study is the first to use national data to look at month-to-month health insurance coverage for women during and after pregnancy. It appears in the April 2017 issue of Health Affairs.

“Ideally, every woman would have access to coverage not only for prenatal care and delivery, but also for preconception and extended postpartum care. We find there is much more work to be done to ensure that women retain continuous coverage for services we know are critical for reducing adverse birth outcomes and supporting the health of moms and babies,” said Jamie Daw, the study’s lead author and a doctoral student in health policy at Harvard University.

The study analyzed data from 2005-13 from more than 2,700 women surveyed by the Medical Expenditure Panel Survey, a nationally representative government survey.

The researchers found the highest rates of coverage at delivery. But that coverage masked considerable churning during the prenatal and postpartum months—especially for women who had coverage through Medicaid or the Children’s Health Insurance Program (CHIP) in the month of delivery.

Sixty-five percent of women covered by Medicaid or CHIP at delivery were uninsured for at least one month during their pregnancies. In the six months after childbirth, 55% of these low-income women had a gap in coverage for at least one month, and 25% experienced two or more uninsured months—a finding the authors called particularly concerning since it’s known that unmanaged maternal conditions, such as untreated postpartum depression, can have negative effects on infant health and development.

Maintaining postpartum coverage was a challenge for all women, the study found. In the six months after childbirth, nearly half of women experienced a period of uninsurance—which would have affected an estimated 1.8 million families in 2013, according to the authors.

The high rate of post-childbirth uninsurance among low-income women suggests that many have no viable insurance options other than pregnancy-related Medicaid coverage, which ends 60 days after delivery in all states, the authors said.

Risk factors associated with insurance loss after delivery included not speaking English at home, being unmarried, having Medicaid or CHIP coverage at delivery, living in the South, and having a family income of 100–185% of the poverty level, the study found.

Noting that the study analyzed data collected before the Affordable Care Act’s Medicaid expansion in 2014, the authors said that it’s likely that the ACA resulted in significant improvements in continuity of coverage for women before and after childbirth. But women in the 19 states that chose not to expand Medicaid, where 40% of U.S. babies are born, would continue to face challenges, the researchers said.

“Pregnancy and the postpartum period are really important times for investing in the health of women and children. Our study shows there’s a major need to improve continuity of coverage during this period, especially for lower-income women. The ACA may be helping address this problem, but more research is needed to measure the law’s impact,” said Benjamin Sommers, associate professor of health policy and economics at Harvard Chan School and senior author of the study.

Katherine Swartz, professor of health policy and economics, was also a co-author.

Support for Jamie Daw came from a Canadian Institutes for Health Research Doctoral Award for Foreign Study and a Frank Knox Memorial Scholarship.