NEW YORK–(ENEWSPF)–19 April 2016 – The United Nations today adopted a new framework putting people at the centre of global policies on drug control, which the head of the UN Office on Drugs and Crime (UNODC) says can help promote the “urgent, united and concerted action we need.”

“Putting people first means reaffirming the cornerstone principles of the global drug control system, and the emphasis on the health and welfare of humankind that is the founding purpose of the international drug conventions,” the Executive Director of UNODC, Yury Fedotov, told delegates at the opening of the UN General Assembly special session on the world drug problem (UNGASS).

The three-day session kicked off with the adoption by the 193-member body of the new framework on countering the world drug problem, drafted last month in Vienna by the Commission on Narcotic Drugs (CND), the UN’s top policy-making body on the issue. The document recognizes that to address and counter the world drug problem, appropriate emphasis should be placed on individuals, families, communities and society as a whole, with a view to promoting and protecting the health, safety and well-being of all humanity.

Mr. Fedotov further underlined that countries with limited resources and capacities to address the threats to peace, security, development and health posed by illicit drugs need to be assisted, including through support for alternative livelihoods, building accountable, effective judicial and law enforcement capacities to tackle supply, and enhancing prevention and treatment services.

As the lead entity in the UN system in addressing the challenges posed by illicit drugs, the Executive Director highlighted that the Vienna-based UNODC will remain fully engaged in helping States:

In his remarks to the Assembly, the UN Deputy Secretary-General, Jan Eliasson, recognized that some aspects of the drug agenda are sensitive and controversial.

“I also know that some countries and regions have suffered more than others. It is therefore important that we listen to each other and learn from each other’s experiences, not least of how the well-being of people is affected,” he said.

Looking forward to 2019, when the current Political Declaration and Plan of Action adopted by the Assembly’s first special session on drugs comes to an end, Mr. Eliasson said the global community should focus on new challenges and threats, including the emergence of new psychoactive substances.

“UN Member States, UNODC and the whole UN system must respond in a timely, effective and flexible fashion to these and other looming dangers,” he insisted. “We must base our decisions on research, data and scientific evidence. And we must not shy away from new ideas and approaches – even if these sometimes may challenge traditional assumptions.”

Meanwhile, General Assembly President Mogens Lykketoft recalled that a little over six months ago, UN Member States gathered in the same hall to embrace the 2030 Agenda for Sustainable Development which sends “a signal to people everywhere that the transformation towards a more sustainable and just world was underway.” 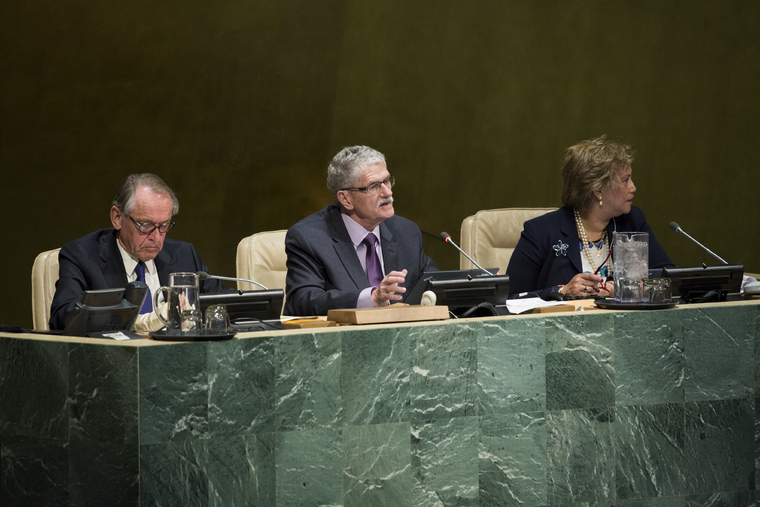 He noted that during the three-day special session, States will discuss the challenges associated with the world drug problem and how best to address them: “Because no society can claim to be completely free from the dire consequences that illicit drugs bring, or to have no relation to its many causes. And no country can deny that addressing this problem is a common and shared responsibility,” Mr. Lykketoft stressed.

Taking the podium, Dr Margaret Chan, the Director-General of the UN World Health Organization (WHO), said an estimated 27 million people have drug use disorders, and more than 400,000 of them die each year.

“The health and social harm caused by the illicit use of psychoactive drugs is enormous. This harm includes direct damage to the physical and mental health of users, drastically reducing the length and quality of their lives,” she warned. 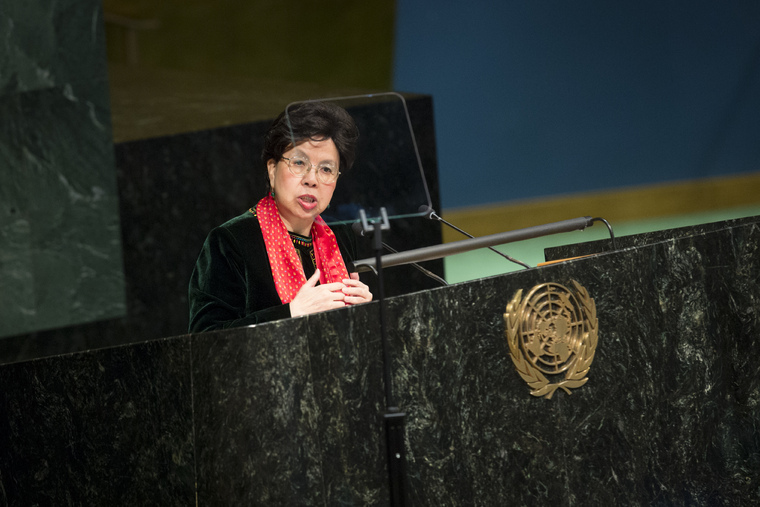 Dr Chan said the evidence shows that drug use can be prevented, drug use disorders can be treated, drug dependence that contributes to crime can be diminished, and people with drug dependence can be helped and returned to productive roles in society.

“WHO promotes a comprehensive package of interventions to achieve these objectives. The evidence shows they work,” she stressed, urging Member States to “remember the people” when they begin to implement the new framework.