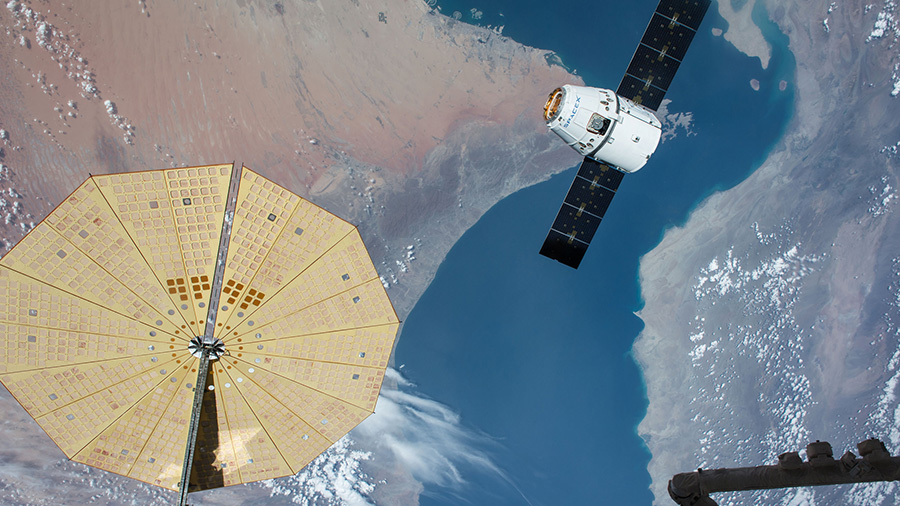 The SpaceX Dragon approaches the International Space Station. The round solar array of the Orbital ATK Cygnus spacecraft is in the left foreground.

The International Space Station will get a new module Saturday when the Bigelow Expandable Activity Module (BEAM) is removed from the SpaceX Dragon and installed on the Tranquility module. BEAM will be attached to the station for two years of tests before expandable modules become a permanent feature of future spacecraft.

NASA and its international partners are using the station as an orbital laboratory to learn how the human body adapts to living and working in space. The wide variety of human research taking place on orbit today looked at work performance, vision, heart function, bones and muscles.